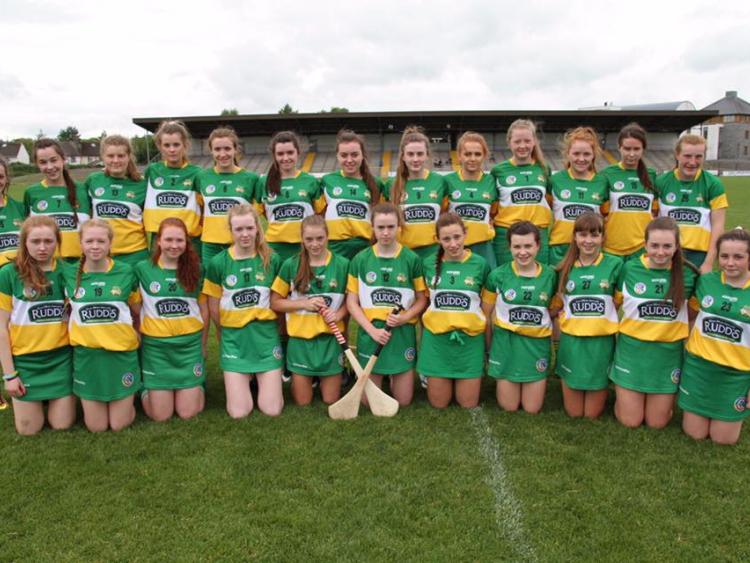 The Offaly U16 team that defeated Antrim at the weekend

The Offaly U16 camogie team recorded their second win of their U16 B championship campaign by the narrowest of margins in St.Brendan's Park, Birr last Saturday.

The Faithful led their visitors from Antrim comfortably at half time by six points. Ellen Regan found the net twice and also popped over three points in a scintillating personal performance.

Emma Mulrooney was also on hand for Offaly, hitting two superb points to give Offaly a 2-5 to 0-5 lead at the break. Antrim's Roisin McCormack was the main danger woman as she racked up a colossal 3-7 throughout the game to almost snatch a win.

Offaly's Jane Lowry stepped up to the mark finding the posts twice in the second half while Emma Mulrooney added a further 1-1 to her personal tally in the dying moments of the game. Offaly now sit top of the table and face Kilkenny away this Sunday.