PUNTER'S EYE: Three horses to follow at Kilbeggan this evening 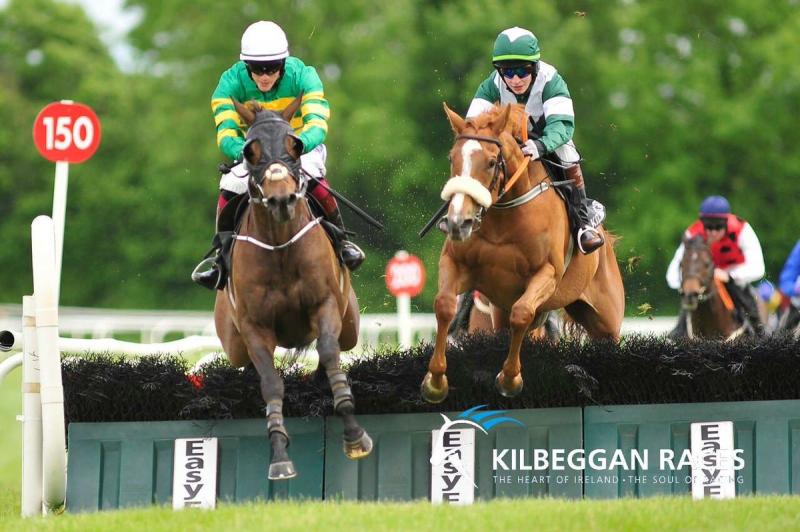 Kilbeggan hosts an evening card this evening, Monday, June 26, and the Punter's Eye has examined the card to find the horses worth backing. After tipping three winners from four selections over the weekend, he is confident of further success with these three bets.

PETUNA is all the rage in the 18:25 race at Kilbeggan on Monday having been backed into 3/1, but it might be worth ignoring that market support in favour of ZIG ZAG (4/1). Joseph O'Brien's charge makes his handicap debut and has run against some classy rivals in his racing career to date. As recently as late May he was second, just five lengths in arrears, behind DANDY MAG from the Willie Mullins yard. That rival went on to finish third in a high-class Group 1 hurdle race in France. Before that, ZIG ZAG put in a number of respectable performances in defeat to the likes of BAPAUME, FLYING ANGEL, MEGA FORTUNE and LANDOFHOPEANDGLORY. Based on his Cheltenham run behind FLYING ANGEL, he should be rated higher than 120, and it looks as though the handicapper has been kind here. He carries just 10st 4lbs under Jody McGarvey and should be suited by this trip. There is too much in his favour to ignore, and he may well get his first win since last October.

LANDOFHOPEANDGLORY (13/8) has been backed off the boards for the 20:00 race on the card, and Joseph O'Brien's runner is a worthy market leader. However, he has been tipped in this column before and proved frustrating to follow and hard to win with. He is opposed here in favour of Gordon Elliott's POTTERS POINT (4/1). The favourite was within one and a half lengths of BAPAUME at Punchestown in April, and that rival has gone on to finish second in a Group 1 hurdle event in France. Since that run at the Kildare festival, LANDOFHOPEANDGLORY has run once, finishing six lengths behind TOWNSHEND at Roscommon earlier this month. POTTERS POINT ran in the same race and finished ahead of LANDOFHOPEANDGLORY whilst carrying a full 19 pounds more. They meet on identical terms this evening and there's no reason to suggest that Roscommon form will be reversed.

DON'T KICK NOR BITE (10/3) is a warm favourite here as he goes for a hat-trick in the 20:30 race. Mark Walsh will be doing the steering, but it may be worth looking elsewhere for the winner. BLACK ZAMBEZI (4/1) is one with considerable form in the book against rivals at a different level to this field. He is capable of carrying top weight and is looking to follow up on a cracking win at this track in May when he did just that and easily accounted for PRINCE GARYANTLE by six lengths. He carried 11st 12lbs that day and it failed to anchor him as he looked to love the test Kilbeggan provides. Before that he had finished in midfield, more than 20 lengths behind both POTTERS POINT and WOODLAND OPERA in two separate races. Although well back in those races, he did manage to get within a length of POTTERS POINT in a maiden hurdle at Galway last October carrying level weights with Gordon Elliott's improver. BLACK ZAMBEZI has won on good ground, so is sure to go on this surface and should be in the frame when they come to the line in this one.