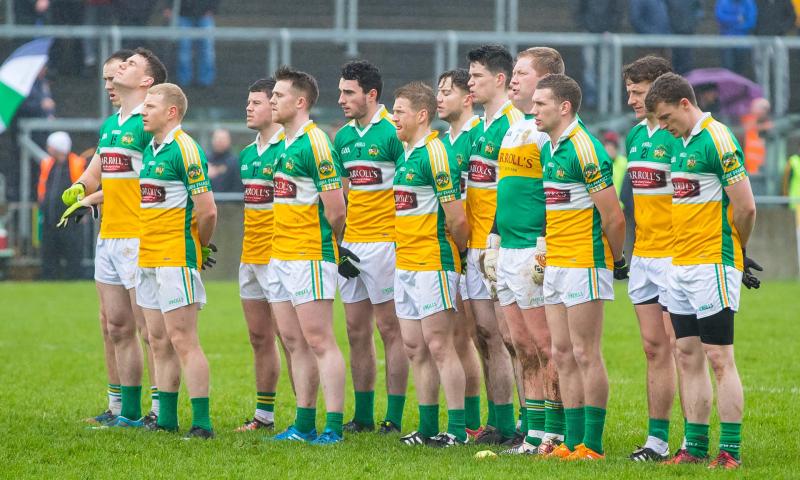 Offaly's senior footballers went down fighting in their qualifier clash with Cavan at Bord na Móna O'Connor Park on Sunday evening, June 25. Pat Flanagan's men lost out on a scoreline of 1-17 to 0-16.

Offaly were within two points at half-time but a lapse at the beginning of the second half, which saw the Faithful men concede 1-3 in an eight-minute period, was enough to anchor any hopes they had of a comeback victory.

Offaly had started well with some fine scores from the likes of Nigel Dunne as Offaly looked more attacking than they had in the Leinster Championship against Westmeath.

Flanagan committed more men to attack and brought in some youth from the off, including Bernard Allen, Sean Doyle and Ruairi McNamee.

Despite Offaly's more ambitious approach, Cavan's Gearoid McKiernan seemed to be handed a free pass as he repeatedly kept the game close in the first period. Offaly refused to relent in the face of the Cavan response and points from Ruairi McNamee and the impressive Graham Guilfoyle meant they were ahead with ten minutes remaining in the first half.

It was a ding dong battle until half-time but Cavan showed their level of class and late first half points from Niall McDermott and Ciaran Brady meant they went in leading 0-11 to 0-9 at the break.

Mattie McGleenan clearly delivered a rousing half-time team talk as his Ulster charges emerged a different animal in the second half. They scored 1-3 without reply in the first eight minutes of the half, a spell that included a McKiernan goal and points from Smith, McDermott and Buchanan.

The teams traded scores soon after that leaving Offaly with a mountain to climb, 1-15 to 0-10 down with 47 minutes played. They traded two more scores each before Offaly finished with a flourish. Offaly trailed 1-16 to 0-12 at the hour mark, and having traded blows once more, Offaly scored the last three points of the game to put some gloss on the final result.

Niall McNamee swung one over with his trusty right boot, while Nigel Dunne also nabbed a late score as Cavan retreated to hold out for the win. The final whistle brought the curtain down on a 1-17 to 0-16 loss for Offaly as Cavan advance to the next round of the football qualifiers.

Offaly will now not play a competitive game until the 2018 Allianz Football League when Offaly will once again compete in Division 3.