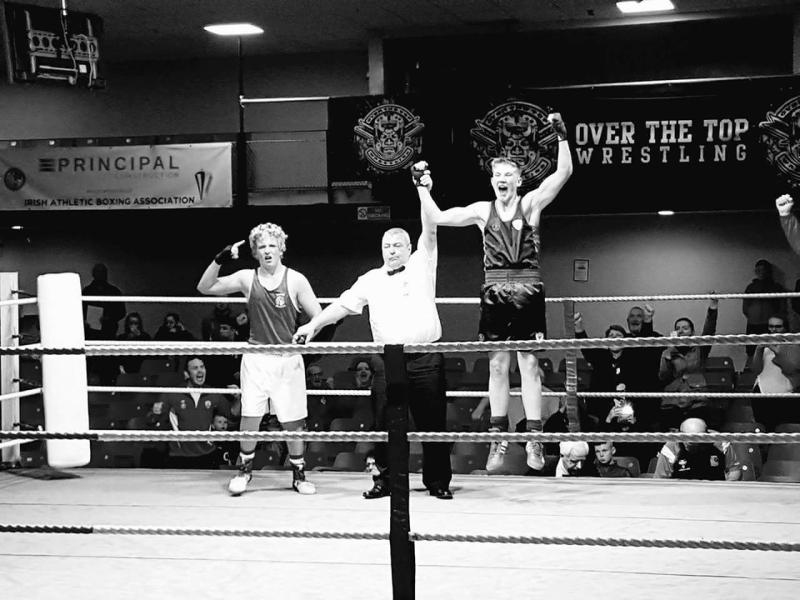 An Edenderry boxer is set to compete in the Junior Cadet Championship this week as he takes to the ring at the National Stadium in Dublin on Friday, June 23.

Darragh Farrell, a 14-year-old competing in the 76kg category of his age class, has already boxed his way to three All-Ireland titles, despite only taking up competitive boxing at the age of 11 in 2015.

Fighting out of the St. Joseph's Boxing Club in Edenderry, which only opened its doors in 2012, he became their first ever All-Ireland champion and has continued to impress since, adding three Leinster titles and two Michael Andrews titles to his national haul.

The talented teenager, who has just completed 2nd year in Oaklands Community College, Edenderry, is set to fight in the final of the Junior Cadet Championship on Friday, June 23, where he will face Michael Keenan from the Glen Boxing Club in Cork.

Darragh previously fought the Leesider in the All-Ireland semi-finals in both of the last two years on his way to glory. The Cork fighter will be out for revenge but confidence is high in the St. Joseph's camp as they have one of the country's most promising fighters on their hands.

If Darragh wins on Friday, he will go forward to represent Ireland at the Schoolboys European Championships later in the year. He fought at this Junior Cadet Championship stage last year and was beaten by Jason Myers from Galway, his only defeat in the sport to date.

Jason Myers went on to win the gold medal at the European Championships and was also named the boxer of the tournament, meaning Darragh was keeping some stellar company in his only defeat in the ring.

Darragh Farrell's star is one certainly on the rise and his next step is winning on Friday and progressing to fight for the European medal he seems destined to win.