ANALYSIS: Cavan are solid but far from unbeatable 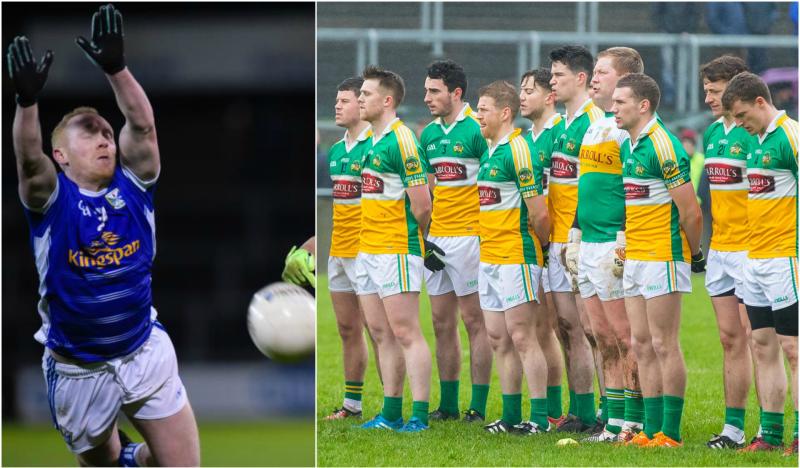 Following last week's dejection with the defeat to Westmeath in the Leinster quarter-final, Offaly have to regroup for a daunting qualifier against Ulster outfit Cavan on Sunday.

We're under no illusions that the task at hand is a tough one, but nothing anchors a team more than a defeatist attitude. If we go into the game in O'Connor Park on Sunday evening in a sort of half-dead state following last week, resigned to a loss, then we'll have done Cavan's job for them.

There was little to be inspired about in the Westmeath defeat - an 11-point beating is a lowly juncture for any team, especially given the fact it was handed out by a team we had drawn with a week earlier. Tactics let us down to a certain extent in the replay. We played into Westmeath's hands by committing too many men forward and leaving ourselves open at the back for them to run riot, which they duly did.

Others will say we needed to throw caution to the wind once we had fallen behind, but from the start, we were not as tight at the back as we had been in O'Connor Park. Flanagan may have bowed to pressure to play a more attacking brand of football from the off, and to be fair, it was forced upon him once their first goal went in.

If tactics were important against Westmeath, they are even more pertinent against Cavan, a really hardened team with experience against the very best teams in the country. They beat Mayo and drew with Kerry a week later  in March in Division 1 of the Allianz Football League. Mattie McGleenan has his charges in tip top condition, and they are resilient, despite being relegated to Division 2 in April.

Monaghan required a Conor McManus goal to stave off Cavan in Breffni Park in the Ulster Championship, beating their rivals 1-15 to 0-15 in a robust affair. We have plenty of proof, if we needed it, that Cavan are very sturdy defensively, but critics have suggested that they have failed to move on to that next level because they lack a potent forward line.

A quick look at their recent league campaign shows that they scored 4-72 in their seven games, an average of 12 points per game. Offaly on the other hand scored 7-97, an average of 17 points a game. Now, these figures have to be tempered with the fact that they were operating two divisions higher than us, and most of our total came in the last three games when we actually had to go for it to survive in Division 3.

That was our problem in the first game against Westmeath; we had no ambition. We played with plenty of men behind the ball and there was no plan B when Westmeath looked blunt and there to be beaten. Taking into consideration Cavan's defensive structure, if we play cautiously with men behind the ball to stop them playing, we'll be lucky to score ten points on the counter attack.

Despite Cavan's perceived lack of incisiveness in the forward line, you'd expect them to score more than 12 points against a Division 3 team. In fairness, the likes of Seanie Johnston and Cian Mackey have enough firepower to punish us if we sit back and invite them on. Playing the percentages, in a game like that with both teams set up in predominantly defensive systems, Cavan will most likely prevail by four or five points in a dour contest.

Our saving grace is their slow attacking play. Much like Offaly putting ball through the hand against Westmeath, particularly in the drawn game, they will give us time to get back in numbers, something Pat Flanagan loves to do. It makes for a dull watch, but Cavan have made it work for them to a certain extent. The system, the system, the system.

We've tried something similar this year, but the plain reality is we're not as good at it. Their slow attack plays into our hands to a point, given that our best performers over the two games were in the back line. We're talking the likes of Peter Cunningham and Cian Donohoe, and in fairness they do try to get forward at pace.

Therein lies our opportunity; pace. We lacked a cutting edge in attack when we got the opportunity against Westmeath. We were consistently half a yard behind their defenders when the ball arrived. In their Ulster clash, Monaghan ran at Cavan and caused them problems.

If we play with the likes of Peter Cunningham coming from deep, Sean Doyle and Anton Sullivan, we can go at them in a way they're not comfortable with. Rather than Offaly reverting to a similar game plan to their opponents, namely passing laterally and giving them an opportunity to regroup into their defensive shape, the players should be let off the leash a little bit to play the game.

If you look at Monaghan's goal against Cavan, Owen Duffy took ownership of the ball on the half-forward line and charged at Cavan. They over committed and he played a pass over their defence to Conor McManus. While we may not have forwards like McManus in our ranks, we do have players like Sean Doyle who can grab goals, and the likes of Anton Sullivan and Peter Cunningham who can run at the defence much like Duffy on that occasion.

Counties like our own need a strict balance. We can't go out there with total abandon and leave ourselves open, but we certainly need more adventure. Against Tipperary, Sligo and Laois in the league, we went for it, and although we conceded plenty, we overwhelmed those teams at the back. Sean Doyle scored 2-4 against Laois and yet didn't start either of the Westmeath games.

That shows an in-build negativity in our outlook, a sort of damage limitation approach that often saves our blushes from big defeats, but does little for the morale of players and supporters. Without getting too ambitious, Offaly can cause Cavan problems and give them a real test, but only if they go for it. Isn't it better to go out swinging than roll over?