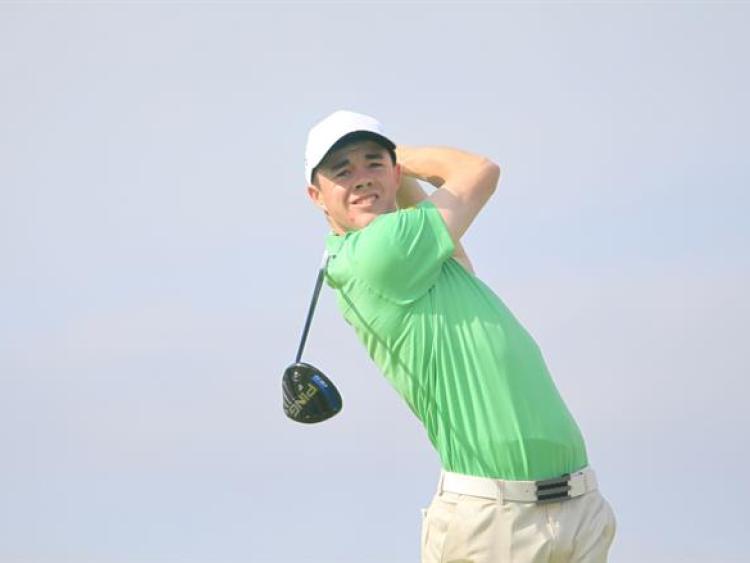 Offaly golfer Stuart Grehan has secured his place in the second stage of the 122nd British Amateur Championship after shooting two strong rounds at Royal St George's in Kent.

The first stage of the championship comprises two qualifying rounds of stroke play, one round on each course, before the 64 players with the lowest scores and ties for 64th place progress to the match play stage at Royal St George’s. Each match will consist of one round of 18 holes except the Final which will be over 36 holes.

Tullamore man Grehan finished the two qualifying rounds at two under par after stellar rounds of 69 and 71 respectively, earning him a share of 37th place. Grehan entered the tournament as the winner of this year’s R&A Foundation Scholars Tournament, joining the likes of last year’s beaten finalist Robert MacIntyre, who is the highest-ranked player in the field (No.6 in the World Amateur Golf Rankings as real contenders.

MacIntyre also made it through to the second matchplay stage of the tournament having finishing in 54th spot, while Grehan's fellow Irishman Caolan Rafferty was the runaway leader of the first stage, finishing the two qualifying rounds on a score of ten under par.

Grehan is due in action in the matchplay round on Wednesday, June 21, against Dutchman Peter Melching, who finished in joint 19th place after the first two rounds on four under par, two shots ahead of Grehan.

The reward for the winner of The Amateur Championship is a place in The 146th Open at Royal Birkdale in July and the 2018 US Open at Shinnecock Hills. Traditionally, the Amateur Champion is also invited to compete in the US Masters Tournament.