ANALYSIS: How Offaly can get at Galway in Leinster semi-final 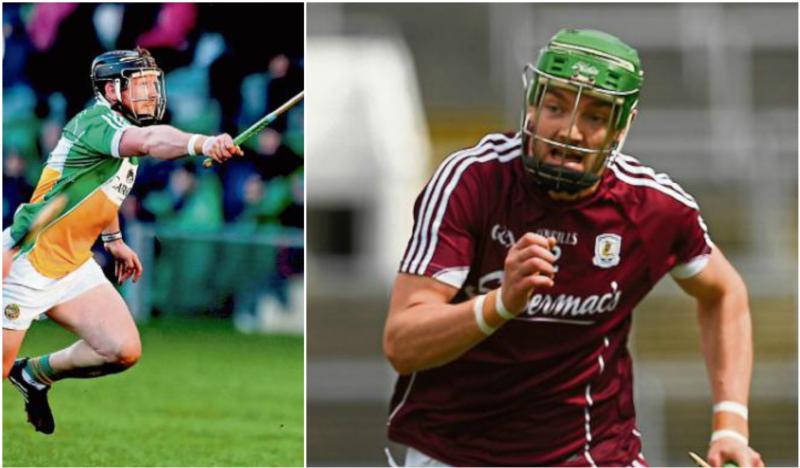 Offaly face a daunting task against the All-Ireland favourites on June 18, but their quarter-final showed that although they are more than classy in attack, their defence is not impenetrable. Offaly's goal threat can give Galway something to think about if we set up in the right way.

Galway put in a rampant second half performance to overcome Dublin in their Leinster hurling quarter-final, with the likes of Joe Canning rejuvenated at centre-forward contributing 0-9 of his side's 2-28 total. It's largely accepted that Dublin cut a depleted figure in that game, and Galway showed signs of early season sluggishness during the early part of the contest.

Particularly in the first half, Dublin could have had three goals, but as is well publicised, they really do lack a cutting edge forward who can capitalise on such opportunities. They looked a blunt force and when you go through the video of the game, you can see how they let Galway off the hook in the opening 35 minutes.

Galway may well have evaluated the Dublin threat as low and taken their foot off the pedal, but in this day and age, it's hard to see a team doing something so reckless and frankly disrespectful to an opposition team. With that in mind then, it is fair to say that Galway would have prepared for a proper Leinster championship battle, meaning the chinks in their armour shown up by the Dubs are real and there to be exploited.

Galway clearly earmarked the middle third as most important, and obviously that is the case in every game because that's where primary ball is won and lost. The images below show just how committed they were to dominating the middle in the first half in particular when the game was competitive. Arguably, they overcrowded it here because Dublin held their own and when they won ball, the space left behind by Galway was huge. 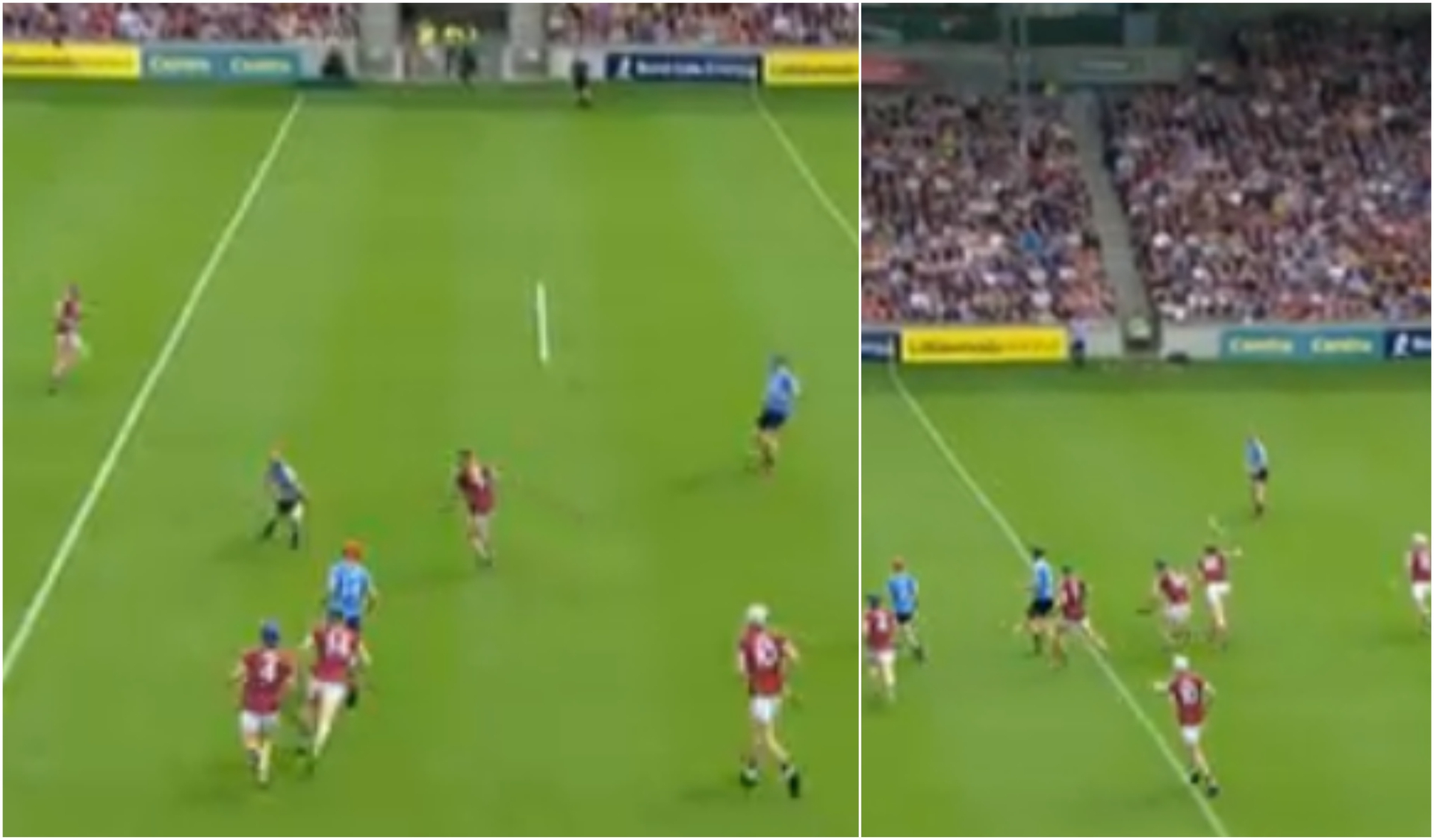 In the shot (above) on the left, Galway have four men in the middle hunting the ball, and on the right, six Tribesmen choke the middle to try and monopolise possession. Regularly they had five and six men there when the ball was breaking or if Dublin were trying to emerge from the back. The problem arose when Dublin broke that line, something they managed more often in the first than the second when Galway surged and a sending off killed their bid. 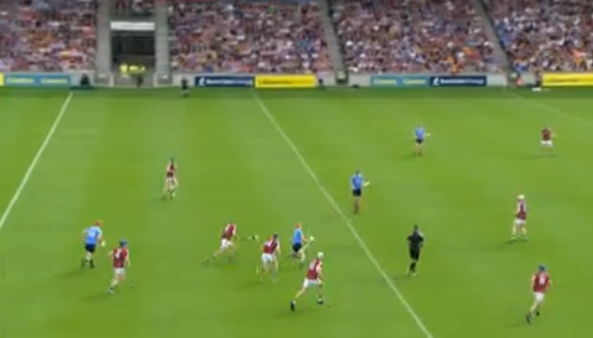 As this image shows, when a Dublin man broke through that packed middle third, space opened up in front of him. Galway were on the back foot, retreating into their own half and in this image alone, the player with the ball has two simple passing options available to him. Dublin held their own well before the first half Galway goal and in these situations they slotted over some handy points to stay in touch.

Outside the easy passes obvious in this image, the implication of eight men in shot for Galway is that the space in behind is huge. The Galway fullback line went man to man with Dublin but on occasion, they were broken down with early ball into that space, where sadly for Dublin, they were stunted by their own indecision more than Galway's reserve. 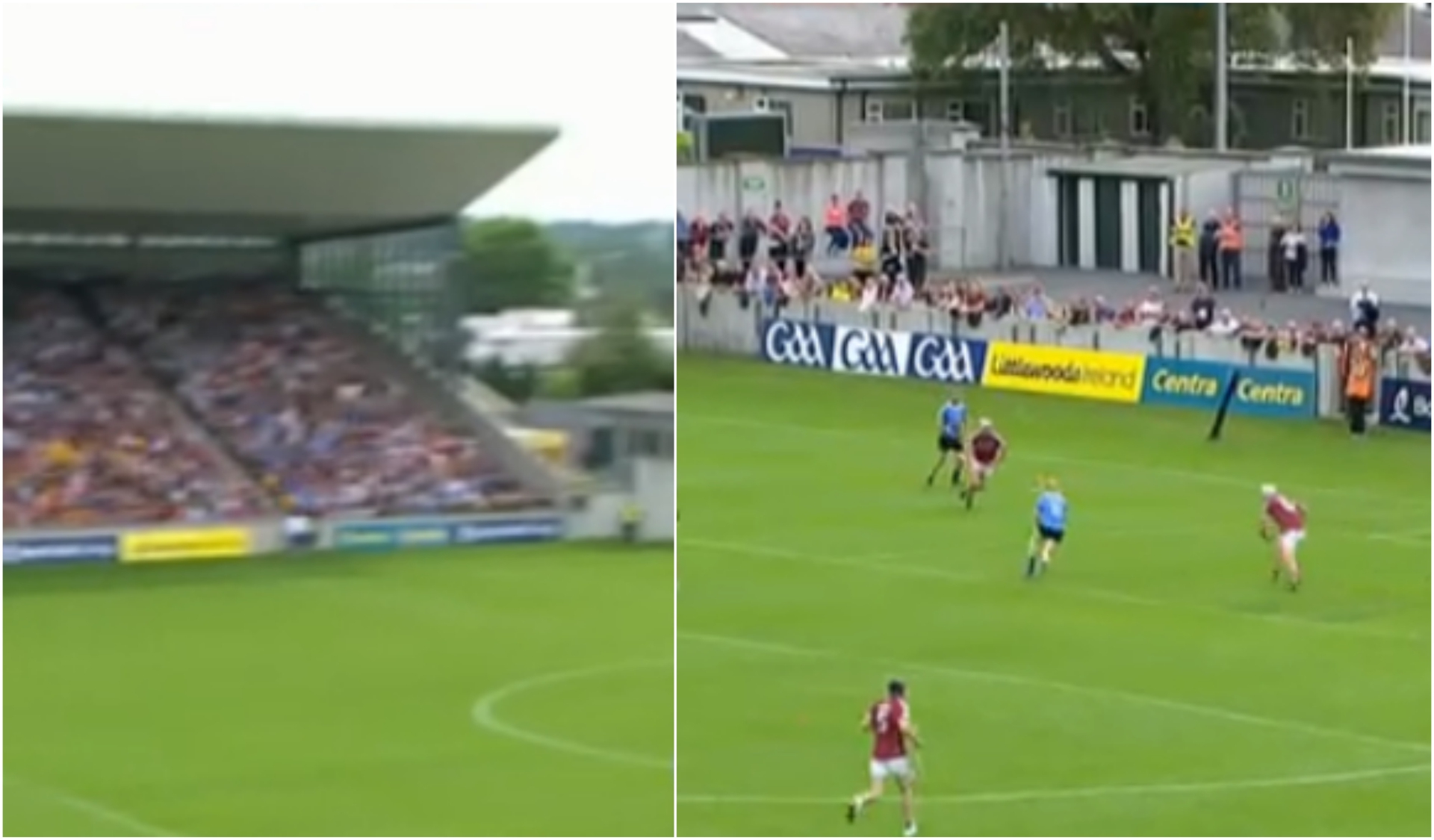 The images above show the space left open in behind where Galway looked stretched and Dublin had opportunities to work in if they'd had a bit more guile. The image on the right was the position Dublin had worked from just such a situation and scored a goal, something they should have done on two other occasions in the first period. Galway's defence is good, but Dublin were out in front on many occasions in that first half and had they exploited them more, could have gone in ahead at the break.

This brings us to Offaly's arsenal and as our 4-15 total against Westmeath showed, we have a strong goal threat. Against a similar proposition to Galway in the league, we scored three goals against Limerick and gave them a bit of a scare. We have players like Shane Dooley, Oisin Kelly and Joe Bergin who can get goals, while Sean Cleary is also a dangerous forward on his day.

Bergin came off the bench against Westmeath but there is a case to be made for playing all four of them in the semi-final, starting Shane Dooley at centre-forward where he can be at his most influential, especially if Offaly are able to penetrate that crowded middle line of Galway. Oisin Kelly is a young, yet imposing man and can certainly give Galway something to think about. Bergin is similarly threatening while Cleary is good at getting out in front, tapping over scores and feeding other forwards intelligently.

It all sounds good in principle, and no doubt we have good players, but the problem is Galway win plenty of ball, and when they do, the spine of their team kicks into gear and really hammers home the advantage. That middle third is where we've been lacking, and the speed at which Galway can transfer possession won there into scores is truly frightening at times.

The quarter-final showed just how crucial Joe Canning is to that, but their entire forward line is something worthy of late summer hurling, although a lot of their play still goes through the Portumna man. Whether he was easily slotting over himself or picking exceptional passes, he was imperious against Dublin.

Offaly need to neutralise that threat as well as staying competitive in the middle third of the action - something far easier said than done. We shipped some big defeats in the league when teams got a run on us, like Galway who ran in 6-23 on us and held us to a score of just 1-12, and zero scores from play in the second half. In those instances, we basically concede, sit back, invite pressure and allow teams too much space. Canning and Co will lap that up again and again, and if we do the same on June 18, we'll be facing a similar beating.

The risk with having a go is the fact that you leave your defence quite exposed, especially if Galway can get a grip of primary possession in that middle sector of the pitch and unleash that small gang operating there. They hunt in a pack there but when they get an opportunity to rush an already depleted defence, they spring into attack mode, and if that becomes a regularity, it's curtains for the likes of us.

SEE MORE: SIDELINE MOUTHPIECE: Offaly may as well not turn up for Galway game

To a certain extent we need to go toe to toe with them in the middle, but as Dublin showed in the first half, teams are capable of doing just that without becoming over exposed. They were competitive in the first period, but Galway were extending away from them before the sending off in the 40th minute and the red card completely killed them. They had to then retract into their shell and Galway routed them.

Once Galway get a lead, they tend to put the foot down and pull away, but had Dublin got two or three goals in that first half like they should have done, and perhaps led by four or five at the break, the second half becomes a very different game. The key for Offaly is to get out of the blocks early, put the pressure on in midfield through the likes of Ryan and King, and then hit the spaces in behind and hope that our forwards are quick-witted enough to find scores.

It's easier said than done and a game can get away from teams like Offaly so quickly, but a well drilled system that can hold their own in midfield can get at Galway. If we can do that, we'll give them a good game and produce a performance more like the Wexford or Limerick game in the league - but if not, we're looking at another heavy defeat.

In truth, it's about staying competitive for as long as possible, and perhaps this is a way of doing that.