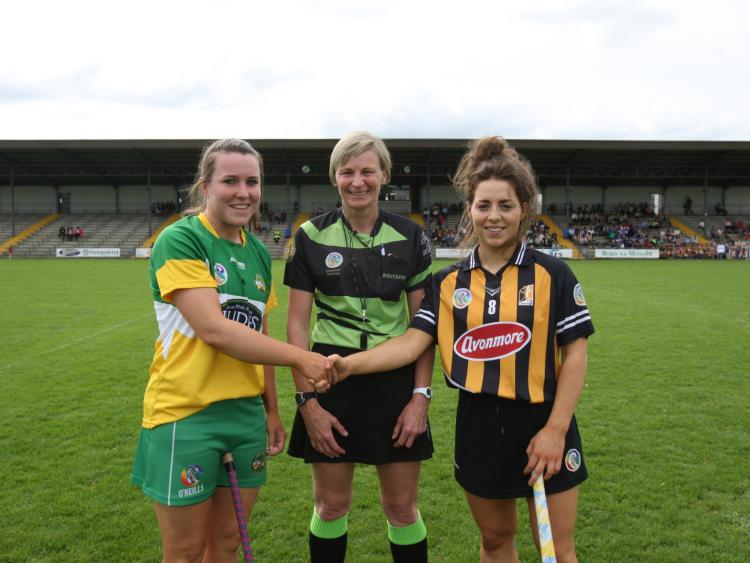 After a hard fought match, Kilkenny eventually got the better of Offaly in this Leinster Camogie Final after a late point broke Faithful hearts.

From the throw-in, Offaly were flying. They were awarded a free, from which, centreback, Michaela Morkan, found the net - the flight of the ball deceiving the Kilkenny goalkeeper. Kilkenny were back on level terms by the 12th minute with three frees from Denise Gaule.

Offaly scored the next point through their ace sharpshooter, Siobhan Flannery. From the puck out, Kilkenny worked the ball up the field, Denise Gaule played a crossfield ball to Julieann Malone, who handpassed to Grace O’Donnell, who netted a searing effort to the top corner.

O'Donnell followed this up with a point to leave Kilkenny 1-4 to 1-1 ahead after 17 minutes. Siobhan Flannery then scored the next two points, including one from a placed ball. Danielle Morrissey then scored a point to extend the Kilkenny advantage, but Offaly scored the next five points unanswered through Debbie Flynn, Orlagh Kirwan and Tina Hannon and a Siobhan Flannery brace. Katie Power stopped the rot in the 31st minute with a point to leave the half time score, Kilkenny 1-6 to Offaly 1-8.

Kilkenny were quickest out of the traps in the second half, scoring two points to equalise again, one from Julieann Malone, who managed to find her range while falling onto her knees, and Denise Gaule. Offaly responded again and took the lead once more through Siobhan Flannery from a placed ball. Katie Power hit back immediately, levelling up proceedings again for Kilkenny.

Denise Gaule and Siobhan Flannery then exchanged points from placed balls to leave the score 1-10 apiece. Jenny Clifford then latched onto a through ball, only to see it come back off the crossbar and cleared.

The next four points were exchanged between Denise Gaule, Jenny Clifford, Siobhan Flannery and Aisling Brennan, leaving the teams on 1-12 each in a rip-roaring affair.

Siobhan Flannery then put Offaly ahead again in the 59th minute. Three minutes additional time were added and Aoife Doyle soon found the equalising point in the 62nd minute. Both teams went for the winning point, but unfortunately for Offaly, Kilkenny's Denise Gaule converted a 45' she had won herself in the dying seconds.

The full time whistle sounded with Kilkenny emerging with the narrowest of victories, 1-14 to 1-13.