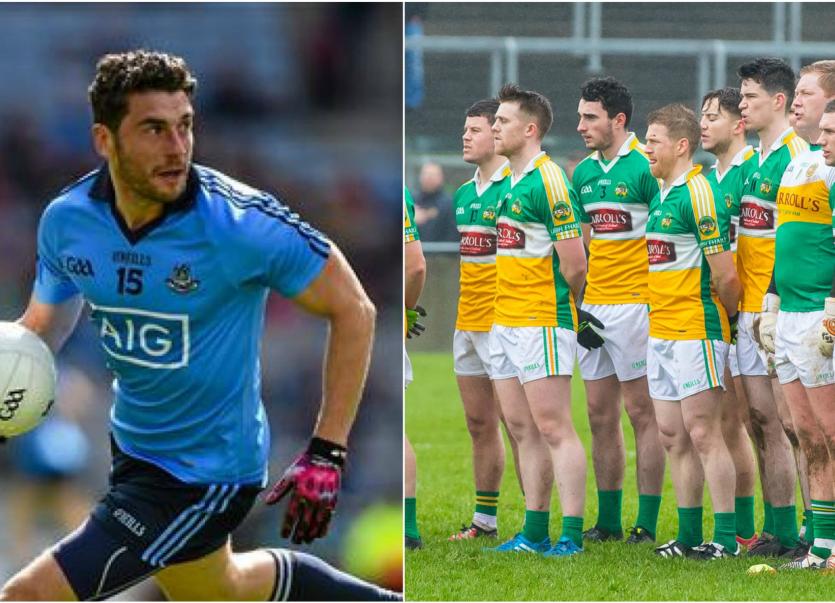 This time next year, as we gear up for Championship 2018, we'll be staring the much maligned Super 8s in the face. The decision taken at congress earlier this year to introduce this phase of the All-Ireland championship divided opinion massively. Meant as a step forward by the GAA, in reality, this new system is regressive and detrimental to counties like our own.

Offaly are a Division 3 team and nowhere near this so-called 'Super 8' level, which will turn the quarter-final stage of next year's All-Ireland into two round robin groups, where the likes of Dublin, Kerry, Tyrone and Mayo will ply their trade. The Super 8s is not for counties like Offaly or Carlow, who caused a shock last week against Wexford.

Of course, mild shocks like that of Carlow beating Wexford will remain a possibility, but only in a diminished provincial championship setting. Tipperary's 2016 run to an All-Ireland semi-final will be cast to memory as the Super 8s gives the stronger teams the opportunity to weed out counties stepping above their station.

The likelihood of Tipperary pulling off a series of results like they did last year in a round robin Super 8 phase is slim and none, and the same can be said for all counties outside the top six or seven counties in the country. Part of the charm of the GAA is that element of surprise; the possibility that a Carlow or a Tipperary, or even an Offaly, might produce that big performance to knock out a team well above their perceived level.

Dublin are dominating anyway, even in the old system, and that has led to the death of the Leinster Championship. The closest county to Dublin in Leinster is possibly Kildare, and although rebuilding fairly well, they are a long way off beating the Dubs in Croke Park. So what chance have we got? The Super 8s and the allure of reaching it will effectively put the death nail into all provincial championships.

Fast forward to August 2018, and take your regulars, along with the likes of Monaghan and Donegal and that leaves two spots in this Super 8 round of competition. It is conceivable that the likes of a Tipperary or Cavan could creep in there ahead of perceived stronger teams like Galway and Kildare, but where does that leave them then - thrown to the lions.

The reality for counties like that, and our own, is that the top five or six teams would eat them alive, especially in a protracted round robin competition. GAA Congress also got rid of match replays this year, except in cases of provincial and All-Ireland finals, something regarded as a largely positive step.

However, the last time they did that, the decision was reversed when the loss of replay revenue became apparent. Well that revenue has been found now in this Super 8 mechanism that will see the strong get stronger, and the weak completely fall behind. That's the sad reality.

The Super 8s is a money spinning scheme that will probably produce great matches, lots of attention and money for the counties competing in it, but will do absolutely nothing for counties like Offaly. It will take us a long time to break into that Top 8, and even when or if we do, we'll be batted back down with a few hammerings after grabbing the top tier's coattails. Where is the progress in that?

The possibility of the controversial B championship seems almost inevitable in the era of the Super 8s. With the top brass extending ahead, and the rest of us left to wallow in search of the odd moral victory, a second tier will ultimately form itself, even if not officially recognised in a championship competition.

As a proud Offaly fan, rather than any sort of expert, I'd be desperately disappointed to see Offaly competing for a B All-Ireland, but it might do more for our development than getting hammered by the likes of Dublin in a Leinster quarter or semi-final and then being knocked out of the qualifiers by one of the fallen Ulster teams marching through.

It's a mismatch when the likes of a Donegal, Tyrone or Monaghan, are landed into the qualifier draw after losing in their competitive provincial championship, and pitted against a Wicklow or an Offaly. Surely competitive games are better for a team's mentality than games like those foregone conclusions.

Rebuilding a team after a lull is invariably a slow build, and therefore a county like Offaly, building toward a B All-Ireland is more progressive than the current system. The gap is already there, and of course their will be disgruntled counties who are balancing between the top and bottom rungs of footballing circles, but the GAA's Super 8s is only going to kick them off once and for all.

It is forcing counties like Offaly into walking the plank - with nowhere to go once they reach the end. It's a sad state of affairs that needs to be urgently addressed.