THE SIDELINE MOUTHPIECE: If we can't beat Westmeath we may as well give up hurling 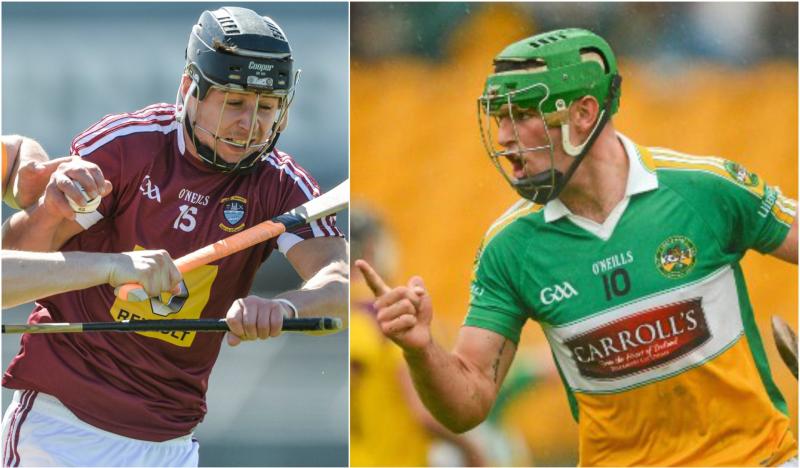 This time last year, Westmeath beat Offaly by 14 points in the round robin stage of the Leinster Championship - in hurling! The embarrassment of it still sits as a sickness in the pit of my stomach. Didn't they only love the gloat as they waved us off the premises at the gate of Cusack Park?

This weekend, they welcome us back having secured their quarter-final place at the expense of Meath a couple of weeks ago. They're only too delighted to talk about the demise of Offaly hurling, the fact that we were lucky to survive in Division 1B, how Laois gave us a hiding and how they dismantled us 12 months ago.

I would be if I was a Westmeath man, but the reality is, Westmeath should not, and should never be, at our level. The hurling tradition in Offaly runs deep, it runs through the very fabric of Croke Park and St. Brendan's Park alike - in All-Ireland club and county titles.

ANALYSIS: Offaly must find more to fend off structured Westmeath

There's no such hurling bloodline in Westmeath, and any thread they think their sewing now should be severed by our lads next Saturday evening. They will be buoyed by last year when they steamrolled us - and in fairness, they did it fair and square. We were a shadow of past glories; 98' became a very distant memory as we bowed our heads in the stand that day in Mullingar.

The reality for them is they suffered two league defeats to Carlow and Kildare earlier this year. Now, sadly for us, Offaly played Kildare in the Walsh Cup this year, and having sat through it, I know as well as anyone there that Kildare should have beaten us, even if they did have two Limerick lads and a Kilkenny man in their team.

In all honesty, no matter what excuses we get about resources or county board culture in Offaly, counties like these shouldn't be in our universe in hurling circles. It was embarrassing last year to lose to Westmeath, and if they repeat the trick on us this term, we may as well give up the sport - and that's the crux of it.

Westmeath's three league wins came against London, Armagh and Antrim, which was perhaps their best performance. If we can't measure up against form like that, what are we playing at? Our own form wasn't the most inspiring, but we gave the likes of Wexford and Limerick a good rattle at least.

It's unpopular to say it out loud, but every Offaly supporter knows they will be embarrassed if we lose on Saturday. It would be a disgrace in fact. We are a team that should be aiming for a return to 1A, no matter how you might scoff at that thought based on this year's league woes.

If we're happy to wallow in 1B losing to Laois and scraping past the likes of Kerry or the other yo-yo teams from 2A, then we have to re-evaluate the county's relationship with hurling. Where are we going? What are we aiming for? Two games every summer? That's not good enough for me and far from good enough for fans of hurling in Offaly.

The players know that. They feel the same about losses like those suffered in recent years, and to their credit, they rallied in the league to survive. Not the position they wanted to be in, but they battled out of it and that's important psychologically.

I fully believe we can put Westmeath to the sword on Saturday. We have the players to hurt them - the always influential Shane Dooley, the goal-getting youngster Oisin Kelly. Don't ignore defeats like 2016 - show it on repeat on the dressing room alongside the 1998 All-Ireland.

We've been an inconsistent team over the last decade. Putting in admirable displays against better fancied opposition here and there, and then shipping losses like that massacre in Cusack Park last year. Surely we're better than that. It's time for us to emerge from that obscurity and put teams like Westmeath back in their box.