THE SIDELINE MOUTHPIECE: Selfie storm around Aidan O'Shea is nonsense 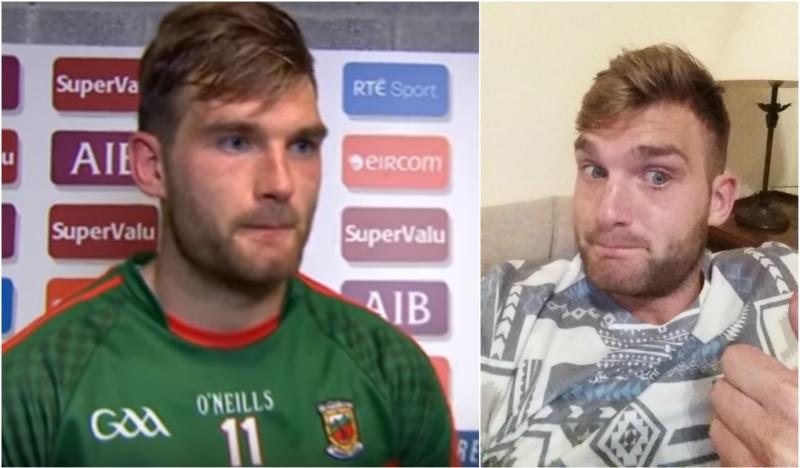 Former Meath player Bernard Flynn caused a bit of a stir this week when he criticised Aidan O'Shea for taking selfies with fans after a game with his own county recently.

The game in question was a challenge match between Mayo and the Royals in Mullingar. Now, in all honesty, if I was a Mayo fan, unless Aidan O'Shea was taking selfies with umpires when he should be catching ball inside, I wouldn't be overly concerned about it.

A player of O'Shea's profile and calibre would be similarly skewered if he refused to pose with young fans after what was effectively a training match. Flynn's issue was the fact that the rest of the team were doing their warmdown whilst O'Shea was meeting supporters for photographs. 'Twas a challenge match, Bernard!

Flynn was irked by the sight of the Mayo team in a huddle after the Meath challenge game, while O'Shea “did his own thing.” Flynn described standing around with a few friends like a gaggle of aul ones watching in disbelief as the Mayo man joined the huddle, only to head back for a few more selfies as the warmdown started. Well, don't Flynn and his pals have little to be doing?

I fail to see the major issue. It's not as if it's an All-Ireland final and O'Shea has refused to go into the dressing room at half time because he wants to cavort around the stands shaking hands and posing with babies like a desperate politician.

The guy is merely being courteous to a few fans, and sadly for everyone, selfies have become the ultimate souvenir for people meeting their heroes. Flynn clearly thinks this illustrates a diminished attitude toward playing, but O'Shea is, and has been, a warrior for Mayo. Could you really question his effort for his county? He's single-handedly won numerous games for them over the last few years, let's be honest about it.

As Flynn and his mates stood watching these antics, apparently one of them piped up and said, “that’s exactly why Aidan O’Shea plays the way he does.” If by that he meant better than any Meath player currently pulling on the green and gold, then I agree with the man - but it was presumably a swipe suggesting the Breaffy player is an underachiever.

O'Shea could go as far as carrying a selfie stick in one hand and still run rings around most defences in the country. At the end of the day, Flynn's argument boils down to attitude and commitment.

“When you’re a big-name, a marquee player and you’re on the front of papers, doing interviews and endorsements and all of that, he actually hasn’t done what he should be doing and what he’s capable of doing. It’s as simple as that,” he claimed.

He went on to suggest that if Aidan O'Shea had been better last year, Mayo would be All-Ireland champions. He compared him to Donegal's Michael Murphy and said Murphy is “on a different planet” to his Mayo counterpart.

It's absolute rubbish to equate a player's profile like that to performance or attitude. Dublin players are the most high profile of them all and I haven't noticed their performance affected in recent years. I'm sure Dublin fans are happy for the likes of Bernard Brogan to pose in the aisles of SuperValu for ad campaigns or Diarmuid Connolly to stand for selfies so long as Sam Maguire remains in the capital – where it is now getting very settled to its surroundings.

Colm Cooper in the past has won All-Irelands while at the same time advertising Lucozade Sport. Not a word about it from Flynn. It's the same difference. It's the question of players being distracted and perhaps putting more into their personal exploits than those of the team, exactly the gripe Bernard Flynn seems to hold with O'Shea and a few selfies.

Aidan O'Shea is a player in his mid-20s making his way in an era very different to the one Flynn plied his trade in. I've seen players from every county posing for selfies with fans, be that before or after games. It's simply not an issue.

Players from the past seem to enjoy grabbing themselves a headline and lamenting the way things used to be, lampooning the culture around nowadays. Whatsapp groups, Snapchat kings and selfie queens are all pawns in their crusade against anything different to the 'good old days.'

The game is too professional, they say; the personalities and personas are too big. It's nonsense, and nothing more than that. Standing for five minutes and indulging a couple of fans in their hunt for selfies is no different to players signing autographs, something they've done for generations.

Flynn needs to apply a good filter before opening his mouth the next time!