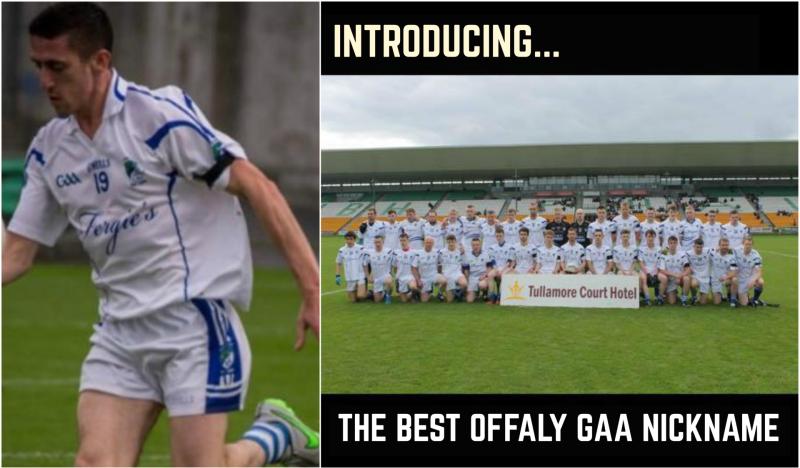 Our vote to crown the best GAA nickname in Offaly reached people far and wide, and since being launched last week has attracted votes from over 10,000 people.

After narrowing it down to a Top 5 late last week, a battle ensued and today we can announce that Cappincur's Kevin 'The Perch' Minnock has been a runaway winner.

He led the way early on with our initial search for suggestions, and in our Top 5 poll, he secured 35% of the votes, 11% more than his nearest challenger, The Iron Man from Rhode, Paddy McCormack.

Seamus 'Budweiser' O'Brien finished third with 23%, Arron 'Red Rod' Hensey was fourth on 10%, while Alan 'Madman' Geoghegan was fifth with 8%.

The Cappincur clubman, Minnock, received overwhelming support from his club, and we've heard reports that he even managed to garner votes from a far afield as Boston.

So, we give you the best nickname in Offaly GAA, officially, as voted by fans of gaelic games and a bit of craic in Offaly and beyond - Kevin 'The Perch' Minnock.