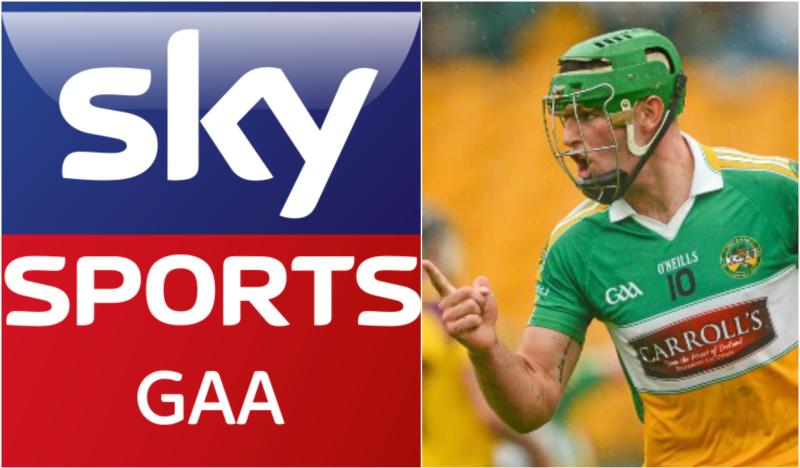 Sky Sports has today announced details of its biggest and most comprehensive season of GAA coverage yet. A statement has said they offer viewers a chance to "get inside the game with in-depth analysis from GAA legends including former Donegal manager Jim McGuinness, Tyrone legend Peter Canavan, Clare’s two-time All-Ireland SHC star Jamesie O’Connor, Kilkenny’s nine-time All-Ireland SHC champion JJ Delaney, and many more."

Sky Sports will once again broadcast 14 exclusive fixtures with Dublin’s opening fixture on June 3 in the Leinster Championship quarter-final acting as the curtain-raiser for the channel.

Live coverage continues through each round of the season culminating in the Hurling and Football Championship finals in September.

Since first partnering with the GAA in 2014, Sky Sports has worked to bring GAA fans in Ireland and the UK closer to the action through decades of global sports broadcasting experience, as well as bespoke developments designed for football and hurling.

For the 2017 season, and the first season of Sky’s new five-year partnership with the GAA, Sky Sports has bolstered its stellar line up of GAA pundits to include Monaghan football legend Dick Clerkin. Dick and the punditry team will offer fans unique and expert perspectives that will allow them to get inside the game like never before.

Dick Clerkin said: “After seventeen years playing inter-county football with Monaghan, I hope I’ll be able to bring some expertise and analysis to the Sky punditry team. This year’s championship has all the hallmarks of a highly competitive campaign and I look forward to being right in the thick of it.”

Jim McGuinness added: "This is my third year with Sky and I'm delighted to be back. My time with Sky has coincided with back to back titles for the Dubs, so it's going to be fascinating to see if they can make it three in a row, if they can - they'll have made some history, but there are teams, particularly Kerry, who will be desperate to stop them, so it will make for a very interesting Championship."

JD Buckley, Sky Ireland’s Managing Director said: “Our partnership with the GAA has gone from strength to strength and we’re really excited by this being the first season in our new five-year partnership deal. Our insightful line up of GAA experts will truly bring viewers inside the game like never before. We are excited about the future and how Sky Sports can continue to stand out with continuous innovation, knowledge and expertise at the heart of our GAA coverage.”

Ahead of this year’s Championship campaign, new and existing Sky Sports customers can, from this Friday, May 19, enjoy half price Sky Sports for 6 months.

And for the first time ever, GAA fans can now see all the action instantly and without a contract via NOWTV.com from €10.