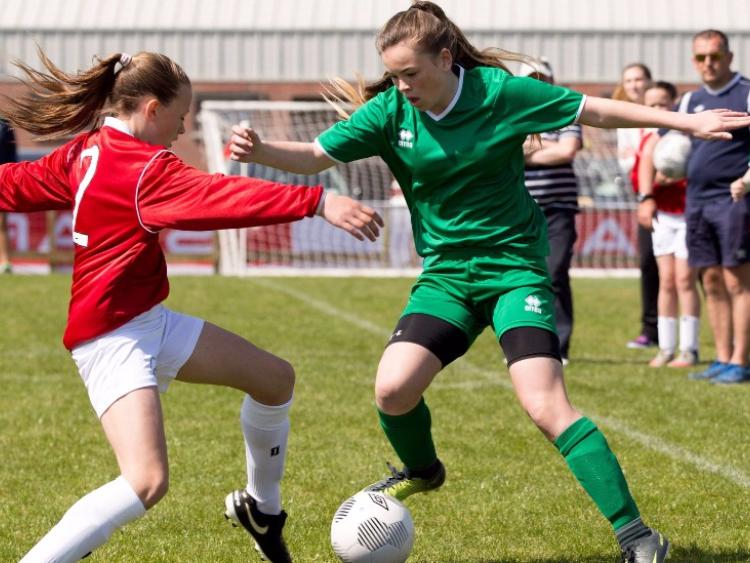 Offaly's St. Broghan's National School narrowly missed out on securing the Section ‘A’ Small Schools, boys/mixed teams at the recent FAI Primary School 5s Leinster Finals. They faced St. Patrick's NS from Meath, Ballythomas NS of Wexford and Our Lady’s, Miltown in their group at the event in Navan on May 11.

St. Broghan's got off to a wonderful start in their opener as they went 2-0 in front against St. Patrick's. However, the Navan scholars fought back to earn a 3-3 draw. The Meath school went on to win their other two group games, while St. Broghan's had to settle for a win and another draw against Our Lady's, Milltown and Ballythomas respectively.

St. Broghan's had to settle for second place in the group with five points as St. Patrick's recovered from their opening draw to finish as table-toppers on seven points.

24 schools from ten of the twelve counties in Leinster participated in the SPAR FAI Primary School 5s Leinster Finals, with just six advancing from the various groups.

The competition is run across six divisions, ensuring that schools of all sizes are catered for. Boys and girls are encouraged to play together but there is a separate competition for boys and girls dependent on school enrollment numbers.

This season saw two Dublin schools make the final cut as well as two Meath qualifiers and representatives from Kilkenny and Louth, but sadly there will be no Offaly representative as St. Broghan's just fell short.