RESULTS: We have found 'Offaly's Greatest Ever Sporting Moment' 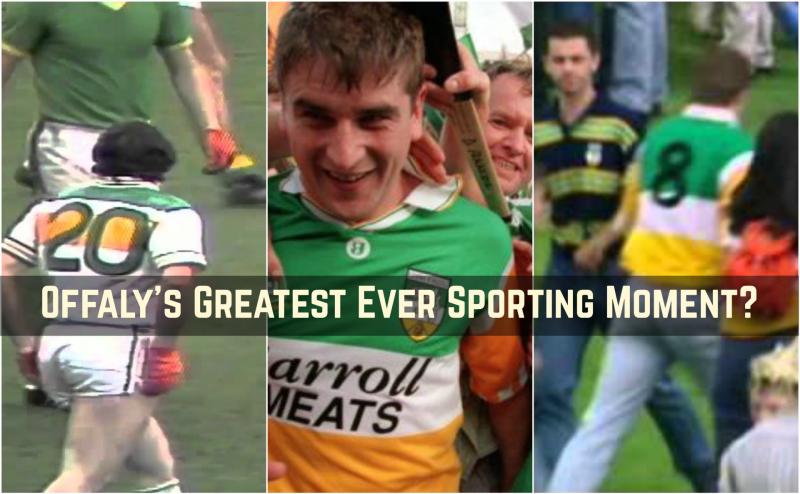 After a week of voting, you have chosen the winner in our poll to find Offaly's Greatest Ever Sporting Moment.

From Irish Grand National wins to the heights of All-Ireland titles in Croke Park, we gave you a host of options from the annals of Offaly sport.

You have selected Offaly's comeback win against Limerick in the 1994 All-Ireland Hurling Final as the greatest sporting in Offaly's sporting history.

1994 received 43% of the public voted, beating off competition from Seamus Darby's famous goal in 1982 back in second place, and Offaly's sit-down protest in the 1998 hurling semi-final against Clare third.

So, the 'five-minute' All-Ireland has emerged as the winner. Offaly scoring 2-5 in the final five minutes captured the imagination of the public more than all the other sporting achievements of our county.

Do you agree with the result?