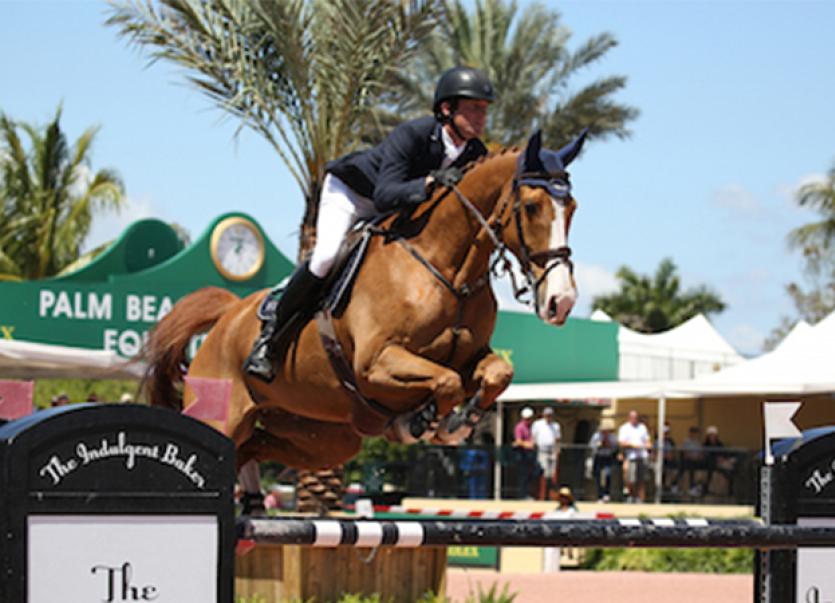 An excellent performance at the Global Champions Tour meeting in Shanghai last weekend has seen Darragh Kenny continue to rise up the FEI Showjumping World Rankings this month.

The Offaly man jumped from 45th spot to 34th based on his win on-board Charly Chaplin S in Shanghai last week. Kenny's improvement has been steady this year, having earlier claimed the $86,000 Ruby et Violette WEF Challenge Cup Round 12 showjumping competition in Florida in March.

This months rankings now show Kenny to be the third-highest-ranked Irish rider in the standings, leap-frogging former Olympic medalist Cian O'Connor, who falls to 37th position.

Bertram Allen still leads the way in terms of Irish riders at number 15, a drop of one place from last month. Conor Swail has also dropped slightly from 29th to 31st.

Denis Lynch remains at 39th, while Shane Sweetnam moves up one place to 41st, and Billy Twomey climbs one place from 45th to 44th.

Elsewhere, there is a new world number 1 in the shape of Ken Farrington, who overtook fellow American McLain Ward to reach the top spot. Italian Lorenzo De Luca, who was the most successful non-Irish rider at the 2016 Dublin Horse Show, has shot into the top 10, sitting comfortably at number 6 in the latest rankings.