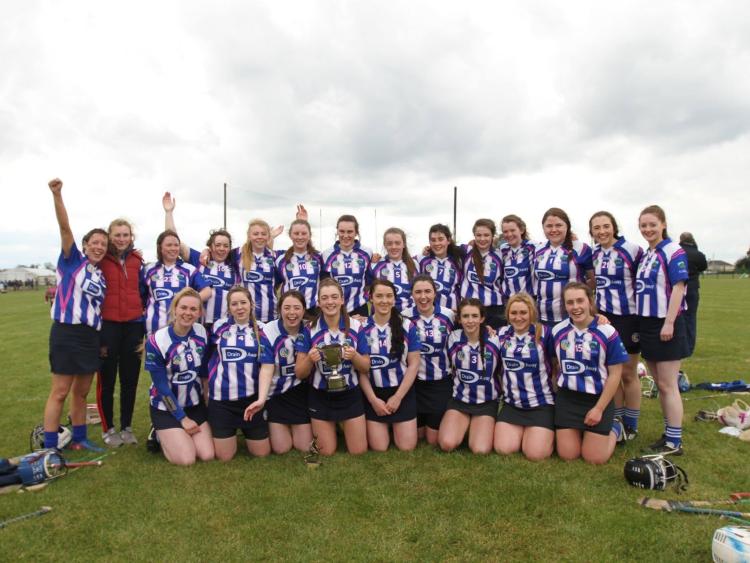 Three goals proved the difference in the Division 2 Leinster League Camogie final as St. Cillians dominated to claim their first silverware of the year.

Playing in Rathleague GAA, Portlaoise, last Saturday, April 29, the side in blue and white showed no fear for their opposition from Danesfort in Kilkenny.

The Offaly side pulled off an excellent team performance in very blustery conditions. From the moment the ball was thrown in, St. Cillians dominated the 'Cats' in every sector of the game.

St. Cillians were first out of the blocks hitting 1-2 in the first ten minutes, but using her goal-getting instinct shortly afterwards, Aideen Freeman found the net to the dismay of the Danesfort keeper.

The Offaly outfit continued their scoring trend, smashing home another 1-1 in the remainder of the first half, this time Rachel Brennan finding the net with a crucial score.

In the second half, Danesfort tightened up their defence and tactics in a bid to stop St. Cillians continuing their fine form. St. Cillians' defence was rarely tested in this game and that was testament to the pressure the St. Cillians ladies applied in the opposition half.

Danesfort's defence couldn't stop the onslaught of St. Cillians scores, and in their efforts to stop the Faithful side, Danesfort failed to score in the second half.

In the closing stages of a very good game, Rachel Brennan found the net once more to send the Division 2 Leinster League cup back to St. Cillians, the first time in a number of years that an Offaly team has won the title.