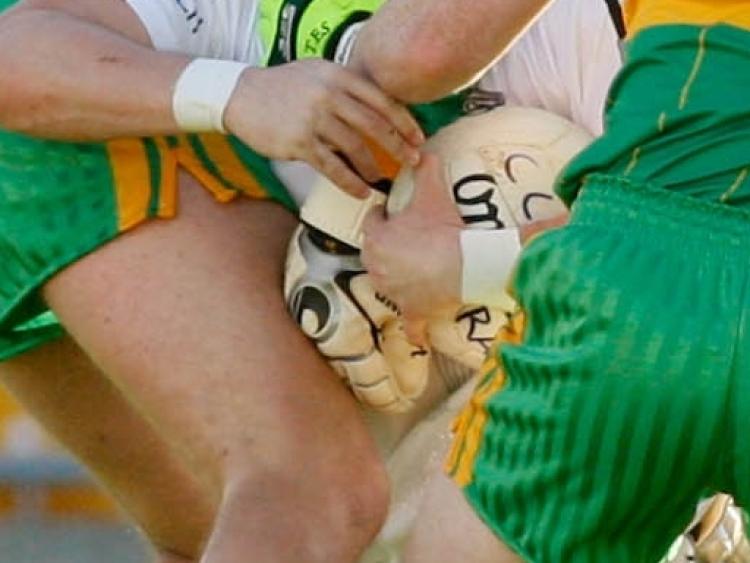 We are delighted to announce Rhode GAA LIP SYNC on Sunday, April 30 in the Tullamore Court Hotel. Doors open 7pm. Tickets €20. With little less than a week to go, don't miss out on a wonderful opportunity to experience a great night of entertainment. MC on the night is the GAA funny man Eugene from Rory Stories. A night jam packed with entertainment and interval act of Shock-waves Stage school, Rhode.

Judges on the night are Midlands Radio Sports Presenter Will O'Callaghan, Cllr. Sinead Dooley and George McMahon AKA Mondo from Fair City. Also on the night, there is an auction and we have some top class items:

2 Man Utd Tickets including travel and over night stay

Please note that Rhode GAA LIP SYNC is a ticket Only event. Tickets are selling fast so to avoid disappointment buy your tickets now. Tickets are now on sale and can be purchased from Shaz Hair Salon Wednesday - Saturday 046 9737555 or you can contact Sharon on 087 1343677. A Ticket Office will now be open in Rhode GAA Hall (near Rhode school) on the following nights:

Rhode Senior Footballers gained their second win beating Cappincur by one point on a score-line of 0-13 to 1-09. Rhode were dealt a blow just minutes before throw in when Niall McNamee got injured and was replaced by Donal Hickey, and missing a further five players from last year's county final team, Rhode finished the half five points up, 0-10 to 1-2. However, Cappincur decided we were not going to get things all our own way in the second half and much like the first half, fought right to the end with the game finishing with a one-point win for Rhode 0-13 to 1-09.

Rhode Intermediate were beaten on Sunday afternoon last by Erin Rovers on a scoreline of 1-14 to 1-03. It was a tight game for most parts of it as Rhode showed no signs of giving in and fought hard to the final whistle. We were only two points down at half-time, but Erin Rovers took their scores whenever they got the chance and won the game well in the end.

Rhode U12s travelled to Edenderry on Thursday evening with two teams. Both matches served up some wonderful scores and football on both sides.

Well over twenty 5th and 6th class students from the national schools of the Parish took part in the Offaly GAA Easter coaching camps which took place in Fr. Dowling Park in Rhode last Thursday and Friday during their Easter break. The kids enjoyed it very much and learnt some great footballing skills from Offaly's top class coaches.

Massive congratulations to the Offaly Minor footballers on reaching the minor Leinster Quarter final with their win over Westmeath, 0-13 to 1-04 in O'Connor Park, Tullamore, Saturday afternoon last.

U16 A Football Championship

There was no winner of the Rhode GAA Lotto Draw that took place on April 18 for a Jackpot of €15,000. The numbers drawn were 2 9 21 26. The club would like to thank all those who supported the draw and thanks to Doyle’s for the use of their premises and for their help and cooperation. The following matched three numbers and received €70 each:

The Rhode GAA Lotto is the club's main source of income and now you can play online through our website. The good news is when you play the lotto online you are entitled to free draws, for example, pay for seven draws, receive the eighth one free, pay for fourteen draws receive two free and so on. In other words, the more you play the more free draws you are entitled to!