OPINION: Cian Johnson could be the next Niall McNamee 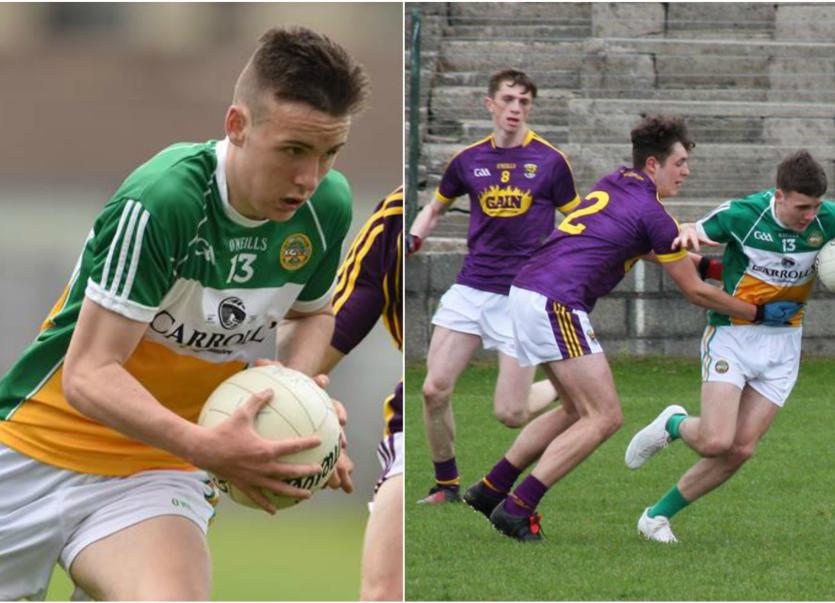 Cian Johnson was the name on the lips of those leaving Enniscorthy at the weekend as he nabbed a personal tally of 2-06 in Offaly's comprehensive 3-18 to 0-06 win over Wexford. The young Ferbane clubman, who is a second year minor with the Faithful, showed his class once more on a big stage, and his performances continue to catch the eye.

Last year, he helped Gallen CS to All-Ireland school's success in Croke Park, kicking 1-4 of the team's 1-6 total in the final. His goal that day was reminiscent of Niall McNamee in his pomp. Plucking the ball from the air, turning, selling a slight dummy to the keeper and defender, and hammering home to the corner of the net.

Every Offaly fan knows we need players like that who can deliver on the biggest stage, and that goal in Croke Park was the crucial factor in a narrow win for the Ferbane school.

From a very young age, Offaly people knew Niall McNamee was a special player, similarly Anton Sullivan was probably the top brass of his generation a few years later. From U10, U12, U14 and all the way up, these players stand out and people take stock. Cian Johnson is one of those players, and he gets better every year.

Niall McNamee's biggest strength was his ability to pick up clever positions, and secondly, the range of movement he had to help him unlock defences. He still has it, but now in his 30s, his best years are probably behind him at county level. He was lauded for a long time as a top player from a top club in a weak county. He'd have won All-Stars had he a Kerry shirt on his back all those years.

He's certainly one of the best natural finishers we've ever had, and pundits the length and breadth of the country would row in with that contention. Well, in three or four years time, they may be talking about this young player with just such reverence. His movement for that goal in the All-Ireland school's final at Croke Park showed that he was a player of the same ilk as McNamee. He'll torment many a corner-back throughout his career, and is hopefully going to come through in a strong generation of Offaly footballers, like U21 stars Ruairi McNamee, Jordan Hayes and others.

All three of those players will more than likely be permanent fixtures in the Offaly senior team lining out five years from now, and that is an exciting prospect. Ferbane, finalists in the Offaly Club Senior Championship last year, are a coming team, and with the likes of Johnson being primed for senior success at both club and county level, they surely have a couple of big years ahead of them.

SEE ALSO: All the latest sports news from the Offaly Express

Cian Johnson will be key to Offaly's Minor Championship this year, but he is joined by some serious talent from around the county, including Cian Farrell and Eoin Dunne from Edenderry, and Conor Lynam and Nathan Poland from Erin Rovers. Offaly football has plenty of positives, despite some of the frailties shown recently in the league by the senior team. There may be a golden generation on the way.