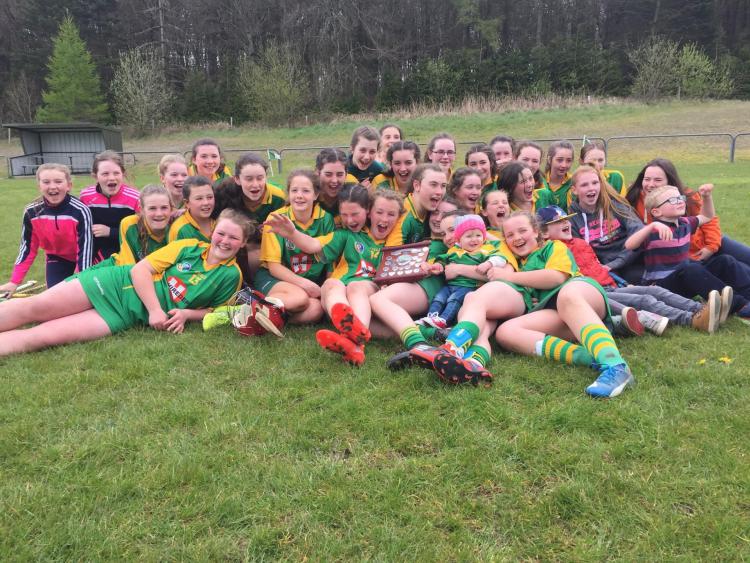 Kilcormac/Killoughey and Lusmagh/Drumcullen are heading for the Feile weekend on June 16th to 18th. The double KK's defeated Birr in the Feile final last Sunday afternoon, hitting the net twice to secure a place to represent Offaly in division two of the John West Feile Competition in Wexford. KK will be in group D of the competition and will face ​Cloughane Bawn, Rathnure and the winners of the Down competition. Lusmagh/Drumcullen also qualified for the feile after defeating St.Cillian's in the 'B' competition. A late comeback from St.Cillian's wasn't enough to steal victory as Lusmagh/Drumcullen will also be heading south in June. They will face Young Irelands of Kilkenny, Naomh Brid of Carlow and the winners of the Derry B finals. Best of luck to all teams. Feile Results:

St.Cillian's vs Mount Leinster​ Rangers in Carrig at 5pm.

New Offaly camogie jerseys and supporters wear can be purchased online on azzurri.ie

• Must include traditional lion, cross and heather
• Open to everyone of all ages
• Entries must be returned to your club delegate or emailed/posted to Mairead on secretary.offaly@camogie.ie  or Mairéad Haugh, Cadamstown, Birr, Co. Offaly by May 30th.