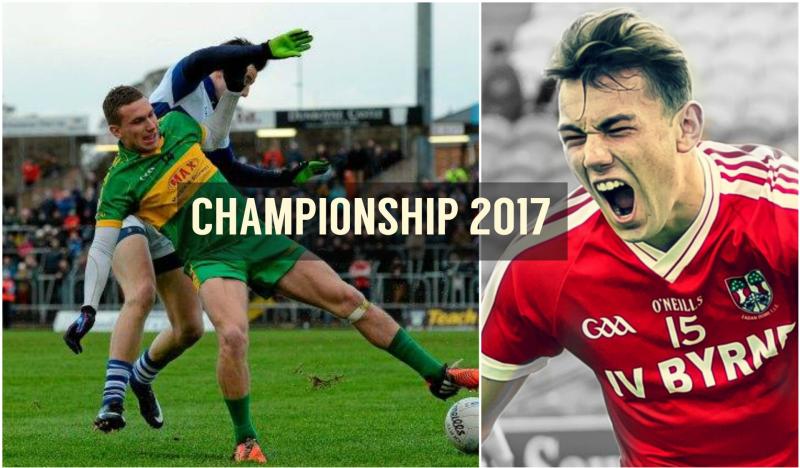 Just a week after the county footballers survived in Division 3 of the Allianz Football League, Offaly's club football championship takes centre stage. The curtain raiser in the Senior A Championship will be a local derby between recently promoted Cappincur and Tullamore at O'Connor Park on Saturday evening at 5pm. That will be part of a double header under the sunshine expected in Tullamore as Edenderry open their account against Clara at 6.30pm.

The teams battling it out for the Dowling Cup this year will be last year's winners Rhode, Gracefield, Cappincur, Ferbane, Tullamore, Clara, Edenderry and St Rynagh's. This weekend sees round 1 of the round robin phase of the competition begin in earnest at Offaly GAA HQ. Rhode are currently 2/5 favourites to retain their crown, while Edenderry are next best in the betting at 4/1. Clara and Ferbane are 11/1 while it's 14/1 and bigger for the remainder.

Rhode picked up their 27th title in 2016, seeing off Ferbane in the final on a scoreline of 1-14 to 0-09. They went on to appear in a Leinster Club Final, only to be denied by Dublin victors St. Vincent's, led by county star Diarmuid Connolly. Rhode's pedigree is undoubted and they continue to produce brilliantly technical and strong footballers. Ruairi McNamee has been highly thought of for a long time and even captained the county's U21 side to a Leinster Final earlier this month.

He is just one of many sharpshooters for the village club and they were last year's top scorers during the preliminary group phase of the Offaly championship. Their total after that stage was 78 points, at least 30 points more than the other three teams in Group A from last year (Clara, Tullamore and Edenderry). Their points difference of +34 was far superior to any other team in either A or B last year, but Ferbane (from Group B) had a healthy points difference of +29 at the end of that first Championship stage.

Ferbane, although playing in a weaker Group than Rhode in 2016, performed very well, and the statistics show they were full value for their final appearance. They were the only other team to win all three round robin games, accounting for Gracefield, St. Rynagh's and Ballycumber, who were eventually relegated to the B Championship after losing to Clara. Purely on numbers, disregarding the level of opposition, Ferbane had the best defence of the round robin stage, conceding an average of just nine points per game in those three outings. They gave up just 11 scores (1-10) in their semi-final win over Tullamore, and 15 (1-14) in their final loss to the all-conquering Rhode.

They will be hoping to build on that, while other teams like Edenderry and Clara, who are contenders, will have to improve their scoring difference this term to get involved. Edenderry conceded nine more cumulative points than they scored in the 2016 round robin stage. They scored 43 and gave up 52, while Clara were even worse off, conceding 62 points and scoring just 41. Tullamore, Clara, Edenderry, St. Rynagh's and Ballycumber all had scoring differences in the negative figures after last year's round robin championship stage. Gracefield's stood at zero, while Rhode and Ferbane's were in healthy condition.

In this year's longer and combined round robin stage, being hard to beat will be crucial, and given that detail, Ferbane look fairly well placed to tick along nicely this year. They won't ship big scores and therefore may pick up points around the county based on that well-drilled defence. Shane Nally is an accomplished free-taker, another staple of a team that will help keep the scoreboard on an upward trend in what will be tough matches against the likes of Clara, Edenderry, Rhode, and others. No easy quarter will be given, and certainly not by the West Offaly club who are 11/1 to cause a shock and lift the Dowling for the first time since 1994.

THE MARCH OF THE REDS

Edenderry are still a young outfit and after lifting the Dowling Cup in 2011 and 2015, will be hungry to get back to the summit of Offaly football this year. After a disappointing performance in last year's championship where they won one, lost one and drew one in their three round robin games, they will be wanting to bounce back, and have been doing so in this year's league campaign. They comfortably saw off Clara and Gracefield and both those sides will be re-opposing during the Championship.

Edenderry continue to be a club to champion young talent, and the recent U21 starting 15, which reached the Leinster final, contained three real rising stars from that club. Jordan Hayes in particular, campaigned at midfield by U21 boss James Stewart, looked a real prospect, and even at times during that final defeat to Dublin, dominated and looked comfortable on the ball. He is a ball winner, he's comfortable on the ball, picks a pass, and will win many county titles and earn senior inter-county notoriety in the years to come.

Adam Mahon is a flying wing back, while Ciaran Farrell is a half-forward with an eye for goal, and both played in that U21 final. The North Offaly club also have county pedigree with the likes of Offaly captain Sean Pender, Sean Doyle and David Hanlon all likely to feature heavily. They have a young bench too, from which they can spring the likes of Jamie Dolan and Andrew Forde, while still only in their mid-20s, the likes of Stephen Guing, Diarmuid Meleady and Derek Kelly will all have big parts to play. This team showed what it is capable of when surprising everybody in 2011, and they are building nicely as a senior team, and a club who are hugely ambitious.

Cappincur were promoted from the B Championship last year and have been ticking along nicely in the league this month, putting up a big score over Durrow, and accounting for Gracefield. Their close rivals in Tullamore will be disappointed with their 2016 campaign, having reached a semi-final, they went down by six points to Ferbane. Tullamore's top level pedigree here should be enough to see them overcome the noisy neighbours.

This is a repeat of that 2011 county final where Edenderry came out on top by a point, but in recent years, Edenderry seem to have got Clara's measure. They beat them by four points in last year's championship and got the better of them by the same margin in the league in March. Clara had to play a relegation play-off with Durrow last year, but they did come through that test with flying colours, winning by 17 points to maintain their status in the A Championship. There's never much between these sides, and Saturday evening should be another ding-dong battle.

Rhode were imperious in beating the likes of Clara, Edenderry and Tullamore last year, while Rynagh's shipped defeats to the likes of Gracefield and Ferbane. Rhode scored ten goals in five championship games in Offaly in 2016, and they may be able to raise a procession of green flags in this one as well. In March, Rynagh's lost by a massive 20 points to Clara in the Division 1 league, and they could be in for another hiding here if Rhode are in the mood.

Ferbane are a coming team, and caused a few shocks last year to reach the county final. They had the best defensive record and scored adequately to emerge from their round robin group with the minimum of fuss. In that group, they had 12 points to spare over Sunday's opponents, and can get the better of them again. Gracefield, however, did put in two respectable performances in the league in March against Edenderry and Cappincur, but ultimately lost both contests. Ferbane can continue their progression here.