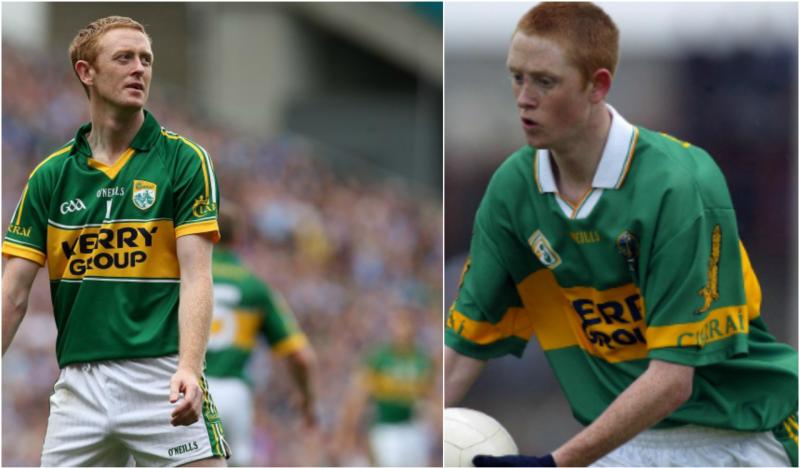 Kerry legend, Colm 'The Gooch' Cooper has officially announced his retirement from inter-county football with a statement this morning.

The 33-year-old Dr Crokes clubman steps away from county football on a high, just two weeks after collecting an All-Ireland Club SFC medal with his club.

Cooper was an All Star in his first year on the Kingdom senior team, and went on to play in nine All-Ireland finals, winning four. He was selected as an All Star eight times and won every honour in the game during the a career that will see him remembered for generations as one of the best Kerry footballers to ever pull on the green and gold.

“Today I wish to announce my retirement from the Kerry Senior Football team. It has been an amazing journey and one that I never wanted to end, however, I feel that this is the right time for me step away from inter county football. Representing the Kingdom for the past seventeen years has given me a tremendous amount of pride and satisfaction,” his statement on the official Kerry GAA website reads.

“To my Kerry teammates that I have soldiered with throughout the years, thank you for your guidance, patience and friendship. I feel extremely lucky to have experienced so many wonderful highlights with you all."

“To get the opportunity to play with, and against, some of the greatest players in the history of the GAA has given me memories that I will always treasure."

“During my career I have been very fortunate to work with some outstanding Kerry managers. They gave me the confidence to develop my game which allowed me to perform at the highest level."

“I would like to thank the Kerry County Board, backroom staff and medical teams for their constant help and support throughout my career.

“A huge thank you to the loyal Kerry fans at home and abroad for their continuous support. I now become a supporter and wish the team all the best in their quest for honours in 2017.

“I would like to thank my club Dr. Crokes for nurturing my talents and giving me the belief that there was no limit to what I could achieve, also to get the opportunity to Captain Kerry teams is something I’m extremely privileged to have done.

“Finally to my family, without you none of my successes would have been possible. Through the ups and downs, you were the people that believed in me and kept me going. For this I am forever grateful.

“It is very rare for people to achieve their ultimate dreams in life - I just have.”

Best wishes Gooch. The best ever. No one that I've seen could lace his boots. And I don't say that lightly. Enjoy retirement my man

Colm Cooper has called time on his Kerry football career. He could do the expected brilliantly and the unexpected even more brilliantly.

Colm Cooper leaves the coliseum: Stripped of the cerebral freckled genius, summer will seem a lesser place. As good as it ever got.

What a footballer The Gooch has been. Unmarkable at his best. The greatest 'Two trick pony' you're ever likely to see... Been a pleasure pic.twitter.com/oqkIiV8ZhO