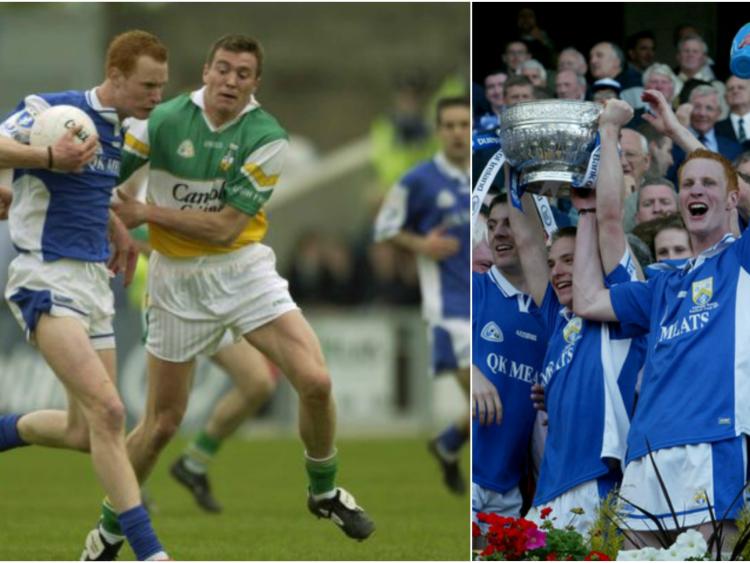 Offaly are facing into a do or die clash with neighbours Laois in what is virtually a survival play-off in Division 3 of the Allianz Football League on Sunday. Our opinionated columnist has had his say on the motivation for Sunday's game, and he's putting the boot in early on Laois.

That dirty aul blue colour doesn't look any better now than it did in 1981, or 2003, or even 1904 when the teams first met in the Leinster Championship. Sunday is a battle, no matter how many people try and tell you it's a friendly rivalry.

The last meaningful meeting of the two sides was the 2003 quarter-final Laois won by three points in O'Connor Park. They came to our own backyard and beat us, and didn't they only love it. Well they are coming back again on Sunday, and will be met at the gate and given a great welcome, I'm sure - and a good send-off too with their ticket to London and Division 4 next year afterwards.

That day they needed to draft in a Kerry man (Mick O'Dwyer) to get their house in order and they did, in fairness, win the Leinster title. They gave Kildare a beating in the final, so you know, every cloud, lads - every cloud! Armagh outmuscled them in the All-Ireland quarter final and it was back to obscurity for them again after that, thank god. I'd like to take the opportunity to remind them all that they haven't even seen the inside of Croke Park on an All-Ireland final day since the 1930s.

But sure the most ardent Laois supporter even tries to lay claim to some of our own All-Ireland winners, of which their are many. Willie Bryan, the captain of our 1971 All-Ireland winning team, was born in Portlaoise. Well no sooner was his arse slapped by the doctor than he was hightailing it home to Walsh Island. Sure, if you cut the man, his blood would run green, white and gold.

Well the Laois boys' blood will run blue on Sunday when they realise that Mick O'Dwyer isn't on the line and no quarter is being given by our boys. If our lads can learn anything from Willie Bryan, or Richie Connor, another Offaly great they tried to take when he managed them in the 1990s, is tradition. Neither one of them ever gave less than 100% in an Offaly jersey, and not one of their contemporaries gave a Laois man so much as an inch. Sure, they needed an Offaly man in 1989 to come in and resurrect them, and even he couldn't do it. They're beyond saving, lads! Let them off to Division 4.

To their credit, up until the end of the 1960s, a long time ago now, Laois regularly hockeyed Offaly, and we only won twice in 14 attempts. For the next two decades, though, we turned the tables and surely turned on them - Laois only claimed bragging rights twice in ten attempts through that period.

And look, all of that will go out the window in O'Connor Park on Sunday. The relationship between both counties, especially in the Portarlington area on the border, is amicable enough, but I'm yet to meet an Offaly man or woman who really enjoys seeing Laois do well. I'd rather the Dubs win! On Sunday, Laois doing well would be at our expense and in Tullamore to boot - it would be a sickener and Offaly players know it.

In 2003, when Laois beat us there, Padraig Clancy turned around to the crowd at the final whistle and raised a fist in defiant celebration. He knew the significance of beating us at home, and the last thing I want to see at the weekend is any Laois man with so much as a smirk on his face. I want them lying on the pitch, head in hands, and even a few tears would be a bonus. I want to watch Mick McDonagh skipping along behind the goals with a big smile on his face. Mick is an Offaly fan through and through and we could all learn from his passion for our teams. 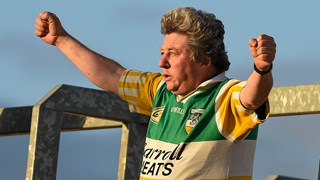 Clancy was a tough player and he instilled that in his team. Do they have anyone of that ilk since he retired in 2013? I don't think so, and I think they are there to be taken. They're soft, boys! We've been poor enough this year, aside from beating Antrim and Sligo, but Laois themselves took a hiding against Louth, and let there be no buts about it, they revelled in our 30-point loss to Armagh. Sure we'd all get our noses in front if we could make seven subs, lads, but we stick to the rules and win that way.

At the end of the day, this is not a friendly rivalry. We shouldn't use the word rivalry if we're going to all be friends. I know Pat Flanagan will be saying to these lads that we can't drop out of Division 3, especially not at the hands of Laois, and even more especially not in Tullamore. Yes, we went to Armagh and took a hiding, but we've been competitive in all other games, and always show up at home.

Every Offaly player, from Sean Pender to Bernard Allen, needs to get in there at the first opportunity and lay a shoulder on their man, to let these lads know that we're taking a leaf out of the great Paddy McCormack's book and not letting any one gain an inch on us. It's a pity Paddy couldn't line up on Sunday and burst a few of their delicate inside forwards. These lads are soft, far from world-beaters like ourselves, but pride will beat them.

I have but one wish for Sunday, aside from praying to Saint Jude for the hurlers: ~ May every Laois person who crosses that border to O'Connor Park on Sunday go home with bruised egos, sick stomachs and big jackets on to cover those horrible blue jerseys.