OPINION: A win over Dublin would define this new generation of Offaly footballers 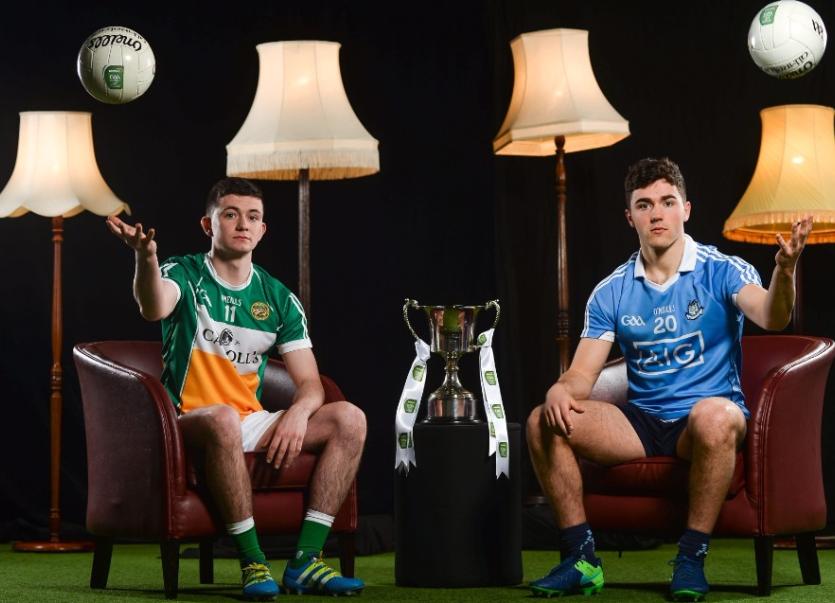 Offaly's U21 footballers are being roundly written off in the lead-up to their Leinster Final on Wednesday evening, March 29. The bookies have priced Offaly out of the game at odds of 15/2, while their rivals from the capital are 1/10.

Nevertheless, Offaly captain Ruairi McNamee has been saying his teammates will not shy away from a toe to toe battle with Dublin, and a shock result in Portlaoise on Wednesday is exactly what Offaly needs - it's exactly what the country needs.

The Dubs have cruised through to the final with a victory over Westmeath in the quarter-final, where they won by 14 points, and a seven-point success over Longford. Players of the quality of Con O'Callaghan, who is on senior boss Jim Gavin's radar, gives this side a cosmic presence - a real aura on the field of play.

The reverence with which the Dublin senior footballers are held has filtered down, and this U21 side are now being brandished with the same steely tag - unbeatable. However, Dublin haven't won the All-Ireland title at U21 level since 2014, but in fairness, Offaly haven't even won a Leinster title since 1995.

Since that time, Dublin have collected nine Leinster crowns, including the last three on the bounce. 2017 marks ten years since Offaly reached the U21 Leinster Final, a game they lost to Laois.

Having said that, Dublin are not impenetrable - they too can only send 15 men onto the field, and in the 2016 All-Ireland final, they conceded five goals to a rampant Mayo. Offaly are not at that level but they have scored three goals in their two provincial ties to date in the Leinster Championship, and that eye for goal will be crucial to staying in touch on Wednesday.

Offaly have scored 3-15 over the two games, but Dublin have amassed 4-24 in their two most recent outings, and they were cantering along in third gear on both occasions. But Offaly's defence has been decent - they only conceded six points against Wexford, albeit in a wind-affected game in Gracefield, and although slipping up and conceding a flurry of late scores against Laois in the semi-final, they held their neighbours to ten scores (2-08), only 1-02 of which came from open play.

They need to defend the goal manfully again on Wednesday to stand any chance, and keeping Dublin's early tally to a minimum is the key. They have tended to get away from teams and maintain an advantage through to the end. Even more important, Offaly need to score at least two goals. Jordan Hayes is a goal threat and if he gets into free-running form at the Dublin defence, let's hope they crumble as they did in last year's U21 All-Ireland decider.

The psychology of this game is already heightened as Offaly are complete underdogs not given so much as a sniff by anyone. Many analysts would question their chances of even staying in touch, and yet they have built steadily to reach this stage and are not there to make up the numbers.

Surely, they are preparing now and will be sitting in that dressing room tomorrow feeling that they can win the game. You'd like to think they don't feel like hapless prisoners about to be fed to the lions at the Colosseum. Nerves can be a destructive thing at the best of times, but add that to fear, and you have a team groomed for slaughter. I genuinely believe this Offaly team hold no fear toward Dublin.

Ruairi McNamee has said the team are ready, and we take his word for it. His interview during the week was confident and defiant and we have no reason to disbelief his or his teammates' hunger, and certainly don't doubt their absolute pride when pulling on the Offal jersey. Like he said, Offaly is all about tradition and that tradition is something they want to take with them right through U21 level to senior.

These players are the next generation for us and although a defeat against a probably superior Dublin side on Wednesday will not define them, a win could. Beat the infallible Dubs, the much hyped blue machine that has been slated to sweep all before them for years to come; do that and you become 'that team.' This Offaly team cannot be silenced by hype.

If Ruairi McNamee, Jordan Hayes and Co can beat Dublin on Wednesday night, they will go into every subsequent clash with that crop of players knowing they are capable of having their measure. Rather than that then becoming a distant memory of 'the time we beat Dublin,' it can become part of a collective consciousness that says, 'we can beat this lot.'

The Dubs are but mortals after all, and not one game of Gaelic football was ever won on paper.