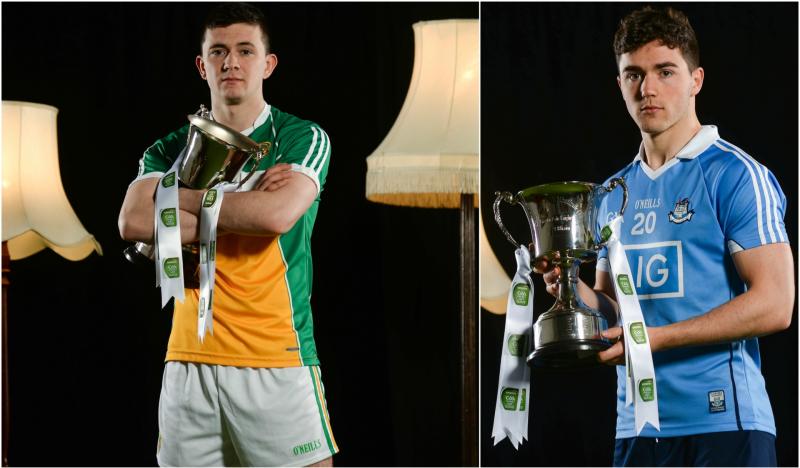 Offaly U21 captain, Ruairi McNamee, has been speaking openly about the challenge facing the Faithful county in their U21 Leinster Football Championship Final with the all-conquering Dublin at O'Moore Park, Portlaoise, on Wednesday. Wednesday's game will be Offaly's first final appearance in 10 years, a point that raises excitement about the future of Offaly football.

Ruairi McNamee has already established himself as a key figure with Rhode, and he is adamant that Offaly have the talent to develop further.

“Yeah, personally I think there is plenty of good footballers in Offaly,” McNamee said ahead of the final. “It is all about getting the right set-up for the players themselves. This year we've been looked after fierce well," he added.

SEE ALSO: OPINION: A win over Dublin would define this new generation of Offaly footballers

“We had Dave Hare doing our strength and conditioning, we didn't really have a pre-season ourselves, he is after cramming a lot of work into nine or ten weeks. Look, we all feel as fit as any other team out there which is a great credit to him and to our own set-up.”

McNamee is happy with the way in which Offaly have gathered momentum all year. "Yeah, definitely, it is the first time back there for Offaly in 10 years. I think we deserve it, we are back here on merit so we are all looking forward to next Wednesday."

McNamee admitted that the team felt they were on the easier side of the draw when it came out, and now recognises gthe test Dublin will pose as a serious step up.

"They are an absolutely star-studded team, but our lads love a challenge. They won't be shy in going toe to toe with them, we will put a plan in place, you'd never know what could happen," the straight-talking Rhode man said.

“We said to ourselves after our first couple of training sessions when the team got together that there was a serious chance for us to get to a Leinster Final. It is the first time in a while that we got back to back wins with the Under 21s.”

SEE ALSO: Offaly's U21 team to face Dublin in Leinster Final has been announced

“If you chat to any of the older generation in Offaly, they base the county on tradition,” McNamee said, and this is something he wants to see continue to his own era.

“I think it is important that it follows through to us and for us to take the culture onboard. I think Offaly, no matter what team it is, will be a hard-working team, an honest team. I think that is what we are basing ourselves on as well.”

Dublin will bring an ultra impressive team to O’Moore Park on Wednesday, including the exciting Con O’Callaghan. The Dubs have been imperious to this point and come into the final on the back of a comfortable success over Longford, Kildare's conquerors, in the semi-final.

It is clear from Ruairi's assessment that this Offaly team will go into the game fearing no one.