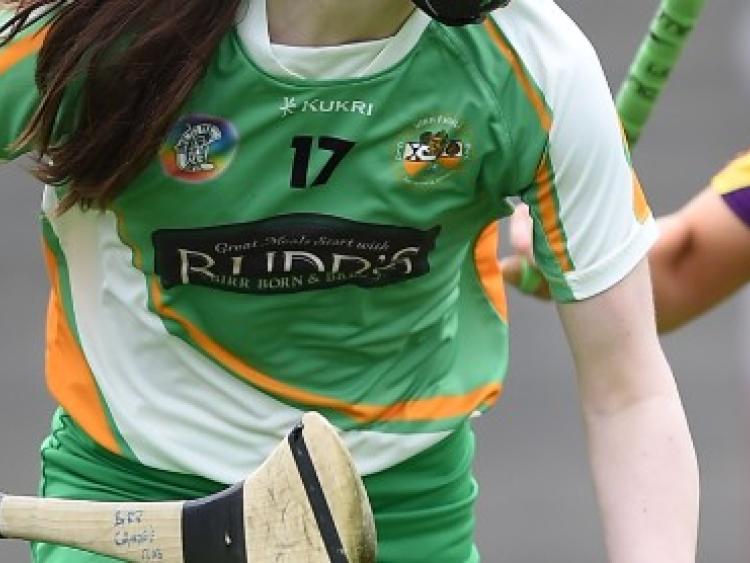 Two goals from the stick of Siobhan Flannery ensured a faithful win in the Meath centre of excellence in Dunnganny last Sunday afternoon, March 19. Playing with a slight breeze in the first half, Ann Marie Guinan opened the faithful’s scoring account with a point in the opening two minutes.

Flannery added to the scoreboard after pointing a free when she was pulled down on a running attack. Meath answered with a point of their own before finding the net mid-way through the half. Flannery added another two frees to keep Offaly in touch. A controversial call from referee Eamon Cassidy saw a Sarah Harding goal disallowed as he blew the half time whistle while Offaly had possession inside the 21 yard line. Meath lead 1-2 to 0-4 at the half time break.

Offaly returned to the field a different side and began to play a familiar style of camogie. The introduction of Arlene Watkins and Grainne Dolan created more life in the forward line as wing forward Flannery was moved to full-forward. A long ball from Watkins found Siobhan Flannery who completely deceived the Meath keeper pulling on the ball over her head and sending it to the right corner of the net. Another long direct ball to Flannery was stopped in the air and landed dead before Flannery struck the ball on the ground as it rolled past the Meath full back and keeper.

Offaly began to produce some good camogie during this purple patch with Debbie Flynn also adding two points. This spell was short lived as a Meath goal brought the Royal county back into the game. Sharpshooter Orlagh Kirwan was called upon to strike Offaly’s final two frees as Michaela Morkan, Jean Brady, Lorraine Keena, Aoibhe Whelehan and Linda Sullivan fought off some serious Meath pressure in the closing stages to prevent a win and put Offaly in third place in the table with a game in hand against fourth placed Clare.