THE PUNTER'S EYE: Willie Mullins can continue resurgence with Daisy's Gift on Sunday 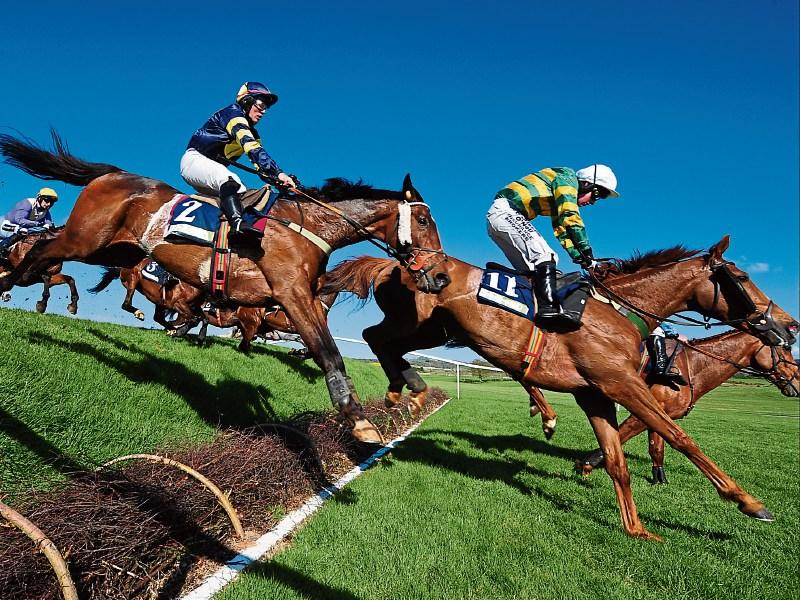 The 14:10 race here is a small field hurdle over two miles and PRINCE CHARMIN (8/13) is a very strong favourite for Tony Martin, having been third to MELON, who went off favourite and ran into the places in the Supreme Novices' Hurdle at Cheltenham last Tuesday, at Leopardstown in January. However, PRINCE CHARMIN was 22 lengths behind Willie Mullins' charge that day, and arguably a case can be made for BRACKLIN PRINCESS (4/1) in this one. She has been well off the pace in her two most recent starts, but the pick of her form came when she ran third behind EX PATRIOT at Fairyhouse in January. She was five lengths in arrears that day, and that rival went on to run a very impressive fourth behind DEFI DU SEUIL in the Triumph Hurdle at Cheltenham on Friday. Forgiving the selection her most recent poor efforts, that form with EX PATRIOT puts her in very good company and a far better betting option than an odds-on PRINCE CHARMIN.

The last on the card, a flat race at 17:05 over two miles, attracts just six entrants, and HARDLINE (8/13) is a very strong favourite for Gordon Elliott, the top trainer at the Cheltenham festival. He has had issues over hurdles but this flat event should suit him, and it is a sphere he has won in before. He ran in a similar race at Gowran in January and lost out to an exciting one from Willie Mullins' yard. However, HARDLINE has to carry top weight of 12 stone, and a risk is taken on CRACKERDANCER (7/4) who carries a stone less and has a seven-pound claimer on her back to further reduce the weight burden. She has an unusual profile having made a good impression on debut in 2014, finishing behind STONE HARD in a Fairyhouse flat race. She was then off the track for 791 days before returning with a fine effort to be second to SHIMMER'S ROCK in a similar race at Gowran last month. She will come on no end from that and with a serious pull in weights with Gordon Elliott's runner, I think she can land the spoils.

Across the water, The Midlands Grand National takes centre stage as it always does after the Cheltenham festival. Last year's winner FIREBIRD FLYER is back to defend his crown but I can't see his jumping holding up over this mammoth trip. He has been pulled up in his two most recent starts, and was a full 40 lengths behind NATIVE RIVER in the Welsh National over Christmas. The two each-way options I would take here are COGRY (16/1) and MAD BRIAN (14/1). MAD BRIAN is partnered by top jockey Richard Johnson and will set off from the bottom weight of 10 stone 11 pounds. That's an attractive combination in itself, but he also possesses decent chase form. He won by 15 lengths at Navan recently in a handicap hurdle and before that put in a decent performance over 3m 5f at Punchestown. He went off from a low weight that day too but came home in fourth behind BAIE DES ILES, a good sort, and had the likes of ROI DES FRANCS (a winner on Friday) and FOLSOM BLUE (a winner since) behind him. He should stay well but would appreciate the ground being on the softer side of good to soft. COGRY was third in this last year, but has been largely inconsistent since, and has only finished two of his last seven starts. He runs well when he does stay involved and he saw off the likes of ROCKLANDER and FINGAL BAY at Cheltenham earlier this year. He is sure to stay as well having been a good sixth behind CAUSE OF CAUSES in the 2015 National Hunt Chase over four miles at Cheltenham on soft ground.

The 16:00 Novice Chase at Navan draws some top yards and Joseph O'Brien saddles the strong favourite, SLOWMOTION (10/11). He fell three starts ago but has been reformed over fences recently, winning twice, including a win over SOLITA at Naas in February. A risk is taken, however, with DAISY'S GIFT (9/4) for Willie Mullins, ridden by Paul Townend. She arguably wants better ground, but will get a marginally better surface here than she did when falling at Thurles last month. Before that she was a good second behind WESTERNER LADY at the same track, and has also beaten KEPPOLS QUEEN by five lengths in November. SLOWMOTION beat the same rival by six lengths recently, but was carrying five pounds less than her, whereas DAISY'S GIFT beat her by almost the same distance while on level weights. For me that puts DAISY'S GIFT marginally ahead of her shorter-priced competitor here.

In the 16:20 Handicap Chase at Navan, Gordon Elliott will be hopeful of a big run from JETSTREAM JACK (10/1) but he has a big task carrying top weight. At the lower end, MICK THE JIVER (4/1) runs off a low weight and enters this race off the back of a good win over CAPPACURRY ZAK on his most recent run. Walsh and Mullins arrive fresh from their heroics on the last two days of Cheltenham with an intriguing runner, RETOUR EN FRANCE (3/1) in the Ricci colours. He beat GOULANE DAVINA by six lengths at Fairyhouse last month, but that form has yet to work itself out. My vote goes to OSCAR KNIGHT (11/2) under a ride from Luke Dempsey. He beat the in-form BALL D'ARC in December and followed that with an exceptional third behind NOBLE ENDEAVOUR at Leopardstown over Christmas when partnered with the same rider. NOBLE ENDEAVOUR certainly franked that form when he was an excellent third behind UN TEMPS POUR TOUTS in the Ultima Handicap Chase at Cheltenham during the week, carrying a huge weight. In the JP McManus colours for the shrewd Tom Mullins, he can run a big race, even when shouldering 11 stone 6 pounds.