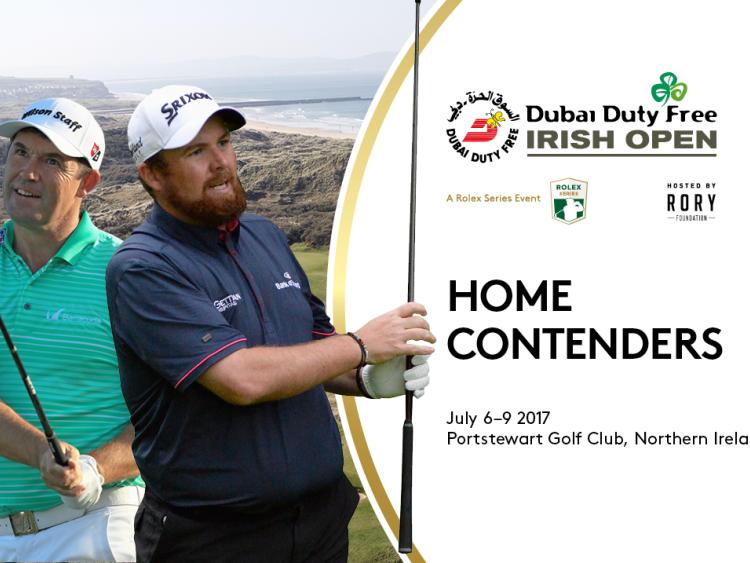 Offaly golfer Shane Lowry has confirmed that he will join the field for this year's Dubai Duty Free Irish Open Hosted by the Rory Foundation at Portstewart Golf Club from July 6-9. The home contingent will be strong as three-time major winner Padraig Harrington has also decalred his intention to tee off at the Irish showpiece this summer.

The past fortnight has been a significant one for both Harrington and Lowry, albeit for very different reasons. Harrington took the decision to undergo surgery on a troublesome neck injury yesterday in order to maximise his chances of success in an exciting summer schedule – which will include The Open Championship to Royal Birkdale, where he successfully defended the Claret Jug in 2008.

Lowry, meanwhile, recently experienced the unbridled joy of becoming a father for the first time after his wife, Wendy, gave birth to a baby girl, Iris. Both players will be hoping those major developments away from the golf course will provide the springboard for big things to come when the Dubai Duty Free Irish Open, the third Rolex Series event of the season, returns to Northern Irish shores and another links venue.

Thanks to the recent successes of defending champion McIlroy, Lowry himself winning as an amateur in 2009, and Harrington (2007), the past ten years of the Dubai Duty Free Irish Open have been the most fruitful for home champions in the long history of the event – which dates back to 1927.

Both players have experienced memorable victories on links courses - Lowry famously lifting the Irish Open trophy as an amateur in 2009, kick-starting his career, while two of Harrington’s Major titles came at The Open Championship – so the two are relishing a return to the Northern Irish coast for their home open.

Lowry said: “The Dubai Duty Free Irish Open is always such a special occasion with phenomenal crowds so I know it will be another incredible week at Portstewart in July. Having won at Baltray, I love playing the Irish Open on links courses."

“The tournament has such a good date two weeks before the Open, and with the event now part of the Rolex Series, we will definitely have a world-class field," he added.

“Obviously my life has changed recently with the arrival of Iris, and hopefully the happiness she brings off the course will help me to play better golf and make a really good run of it over the next few months because I have some of my favourite tournaments of the year to look forward to.”

Tickets for the Dubai Duty Free Irish Open hosted by the Rory Foundation are on sale at www.dubaidutyfreeirishopen.com.