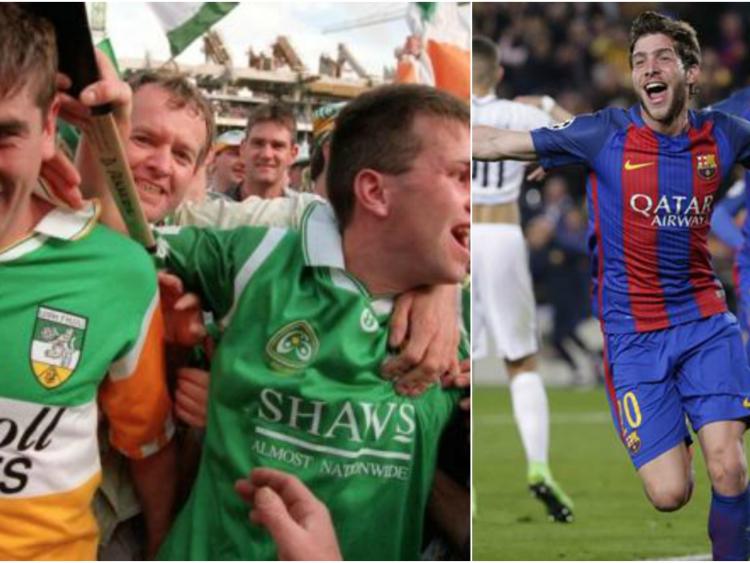 Offaly's 1994 comeback against Limerick to win that year's All-Ireland Hurling Final has won the day in our 'greatest sporting comback' poll. We ran the poll in the wake of Barcelona's comeback victory in their second leg clash in the Champions League Round of 16 against PSG on Wednesday night, but the Catalan giants couldn't keep pace with Johnny Dooley and Co and their five-minute All-Ireland win.

Offaly scoring 2-5 in the last five minutes of that 1994 victory racked up a massive 34%, while Barcelona were left languishing in third on 7% along with Manchester United and their injury time heroics to win the 1999 Champions League Final. Liverpool's epic comeback from 3-0 down against AC Milan at half-time in the 2005 Champions League Final in Istanbul came in second on 10%.

SEE ALSO: VOTE: Who is the greatest Offaly sportsperson ever?

There was a host of great sporting comebacks tied for fourth spot after hundreds of you cast your vote yesterday, March 9. Europe's 'Miracle at Medinah' in the Ryder Cup, the New England Patriots' 2017 Super Bowl win, Seamus Darby's goal to secure a come-from-behind victory over Kerry in the 1982 All-Ireland, and Dennis Taylor's 'black ball' Snooker World Championship win in 1985 all garnered 5% apiece.

Poor old Burt Reynolds and Adam Sandler came last with just 2% for their win in the 2005 film, The Longest Yard. Surely that comeback against the guards was worth more than 2%!