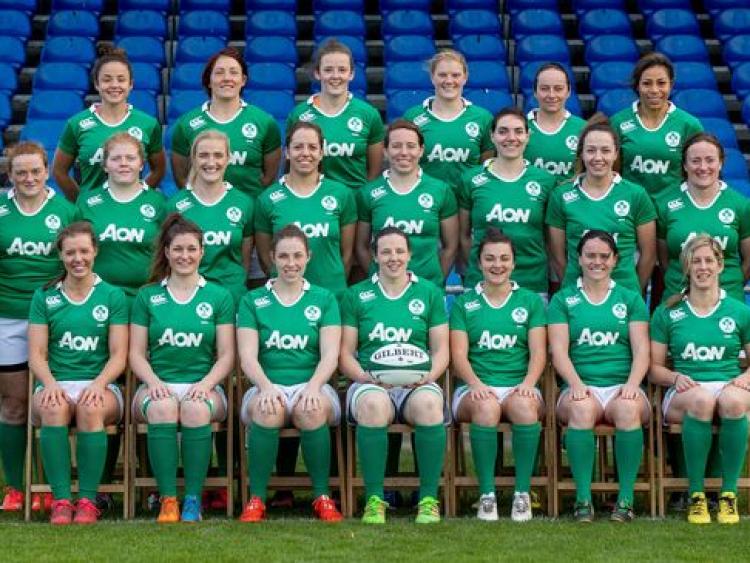 Tullamore's Nichola Fryday returns to the bench for Ireland this weekend for their clash with Wales in the Women's Six Nations. Fryday is involved with the international set-up fresh from her involvement with Tullamore Ladies last weekend when they won the Division 1 Leinster League against Rathdrum in Old Belvedere.

Irish Head coach Tom Tierney has confirmed the Ireland Women's team today for that game with Wales in Cardiff at 11.30am on Saturday morning. The game will be aired live on RTÉ television.

Tom Tierney's selection for the round 4 fixture shows three personnel changes and one positional switch to the side that defeated France 13-10 in memorable fashion at Donnybrook.

Laois woman Alison Miller returns to the wing while Hannah Tyrrell also comes back in on the opposite flank. They return having been involved with the Ireland Women's Sevens squad for the Las Vegas leg of the HSBC World Rugby Women's Sevens Series.

Claire McLaughlin, who sustained an ankle injury in training, misses out and her place at inside centre will be filled by Sene Naoupu, who is also back from a stint at the USA 7s.

The positional switch sees Kim Flood move to full-back having played on the wing in the France game. Galwegians' Mairead Coyne drops to the replacements bench.

Ireland's forwards are unchanged, with Lindsay Peat, Leah Lyons and Ailis Egan forming the starting front row for the fourth match in succession. Old Belvedere duo Marie Louise Reilly and Sophie Spence will pack down together in the second row, and number 8 and captain Paula Fitzpatrick is again joined by flankers Ciara Griffin and Claire Molloy in the back row.

Speaking ahead of the trip to the Welsh capital, Tierney said: "The squad has been developing nicely over the course of the Championship, and while it was great to get the win against France in the last game, we haven't dwelt on that and have firmly turned our attention to the challenge the Welsh will give us.

"We are expecting Wales to be very much up for this game and there is set to be a big crowd in the Cardiff Arms Park on Saturday. With that in mind, it will be important that the players stay fully focused on their jobs and that we go out on Saturday ready to perform.

"We'd also encourage any Ireland fans that are in town for the men's game on Friday evening and are still in Cardiff on Saturday to come to the game and give the team their support."