Offaly footballer appeals for fans to 'lay off' after Armagh hammering 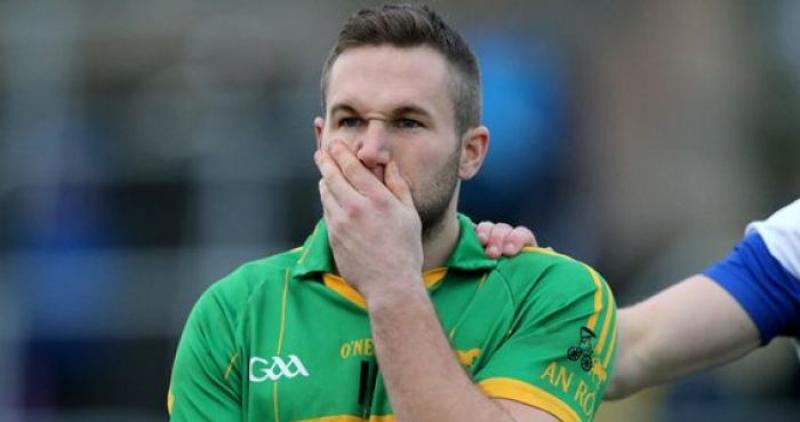 The Offaly footballers have come under intense scrutiny and criticism following a 6-22 to 0-10 defeat to Armagh on Sunday in Division 3 of the Allianz Football League. The result leaves the Faithful men languishing in last spot in the Division, facing into a dreaded relegation back to Division 4.

Rhode clubman and former county player, Pauric Sullivan, who gave playing service to Offal from 2007 to 2016, has been speaking out this morning in a series of social media postings about the reality for counties like Offaly. While no longer part of the Offaly set-up, Sullivan still holds strong views on the direction of the team.

SEE ALSO: Offaly staring down the barrel of relegation battle after heavy defeat to Armagh

In a post entitled ‘Some food for thought of this miserable Monday morning, Change required immediately’, Sullivan said the following:

“In disbelief at some of the comments regarding football results at the weekend. It’s alarming how many people are shocked by this. The game has changed significantly yet we still expect a competitive competition."

“It’s not a level playing field. All teams have different populations, amount of clubs, funding, amenities and previous success. We are nearing professional standards in regards to time spent training and workload expected from players."

"Because of this, the teams with the best set-ups will prosper. It’s just basic common sense."

“Having a professional set-up in which the players train like athletes, recover like athletes and are athletes breeds success. All the rules and parameters have changed yet people’s opinions and expectations remain the same. The game has evolved significantly in a short period and because the majority of the counties do not have the resources, funding or forward thinking, not only are they lagging behind but are being embarrassed," he added.

SEE ALSO: Offaly now odds on with bookies to get relegated from Division 3

“It’s not the players’ fault. I can’t reiterate that enough but unless there is some way of capping the funding or implementing something so that it is somewhat even across the board, we are in danger of seriously losing some teams from competing. That is the stark reality, and it’s really sad to think that might happen," he continued.

"To our own supporters, please give the guys a break. Offaly has a population of 75,000 people and has eight senior teams. Let’s get real with our expectations. 1971, ’72 and ’81 are gone. No comparisons to today. Serves no purpose. Players have full-time jobs, long commutes and other commitments. Lay off!," he concluded.