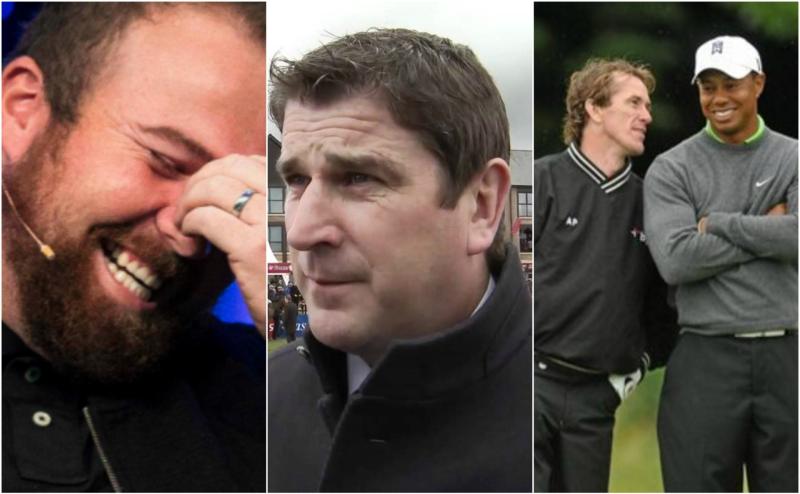 Two Offaly sporting legends and the greatest jockey to ever sit in the saddle have clearly formed somewhat of a three-man wolf pack. The bromance between hurling great Michael Duignan, golfer Shane Lowry, and 20-time champion jockey AP McCoy was evident on Twitter last night as the trio shared a light-hearted exchange over a game of golf.

It's no secret that even after retiring, AP McCoy has not lost that competitive edge. He was in jovial form as he took to the course at Fota Island where he played Michael Duignan. Duignan took to Twitter to share his delight at teeing off with one of his heroes: "What a day! Got to meet and play golf with one of my all time favourtie sports people, AP McCoy. Ken Whelan was okay too! Thanks to all at Fota Island," he wrote.

Lowry spotted the tweet, and weighed in, suggesting that there was "no way" Duignan "took money from AP McCoy." "The man is a bandit," he claimed. Duignan admitted that Lowry was right. He wrote: "I was two over after 10 holes and 1 down! I nearly threw myself in to the lake."

Showing he retains all of his competitive instinct, and not missing the opportunity to put the boot into Lowry, AP replied to Duignan: "Make sure you tweet the picture of you handing over the money, just so Shane Lowry realises he's not the only Offaly man to lose money to me."

Clearly a match between the pair has taken place before, and Lowry responded with a challenge, loaded with an underhanded jibe. "If your still playing off 14 I'm making phone calls asap," he wrote to McCoy.

The rematch is on!