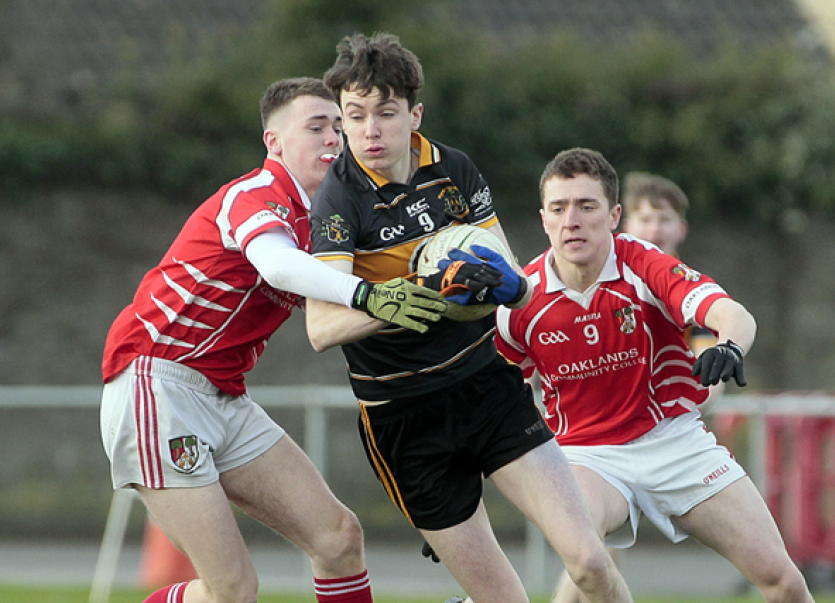 The game took place at the GAA's National Games Development Centre in Abbottstown, Co. Dublin, the same venue Oaklands played and won their North Leinster Final title earlier this year. The ground could have brought luck to the previous winners, but in truth, Oaklands needed no such luck.

They started well, firing over two quickfire points inside ten minutes. Their opponents showed little in the way of opposition as the likes of Shane Cummins, Eoin Dunne and Anthony Kilmurray led from the front. Oaklands tagged on four more scores before the game was even twenty minutes old, extending their lead to 0-06 to 0-00.

Marian College began to show some resistance late in the first period as they notched three points, but Oaklands cancelled them out with a goal, putting them into a 1-06 to 0-03 lead at the break.

In the second half, Marian College tried to rally once more, and they did with three points, but the Edenderry school were more than able to match them as both teams clipped over three points each before the 48-minute mark, bringing the scores to 1-09 to 0-06.

At this point, Oaklands caught glimpse of the finish line, and they went for it, finishing with a flourish. They produced a flurry of points in the last ten minutes, five in total, as the Dublin school's response was limited to just a brace of scores.

Oaklands prevailed on an impressive 1-14 to 0-08 scoreline to claim the 'D' Final at a canter. The result never looked in doubt once Oaklands had put such daylight between the teams in the first half. In truth, Edenderry improved with each game they played this term, playing with fluency and cohesion befitting a group of players who know and work for one another so well.

Their school were one of the first to congratulate them on Twitter, as dozens of glowing congratulations flowed in on social media.

Elsewhere, longstanding Edenderry based County Councillor, Noel Bourke was amongst the early well-wishers. He said: "Oaklands put up a great performance in beating Marian College, Dublin in the final. The performance in all of their matches was top class. It was great to see them play so well as individuals and as a team."

"Congratulations also to those who managed the team and prepared it so well for the various matches. As Chairman of the Board of Management of Oaklands College, it is great to see the College going so well in academic, sporting and other pursuits," he concluded.