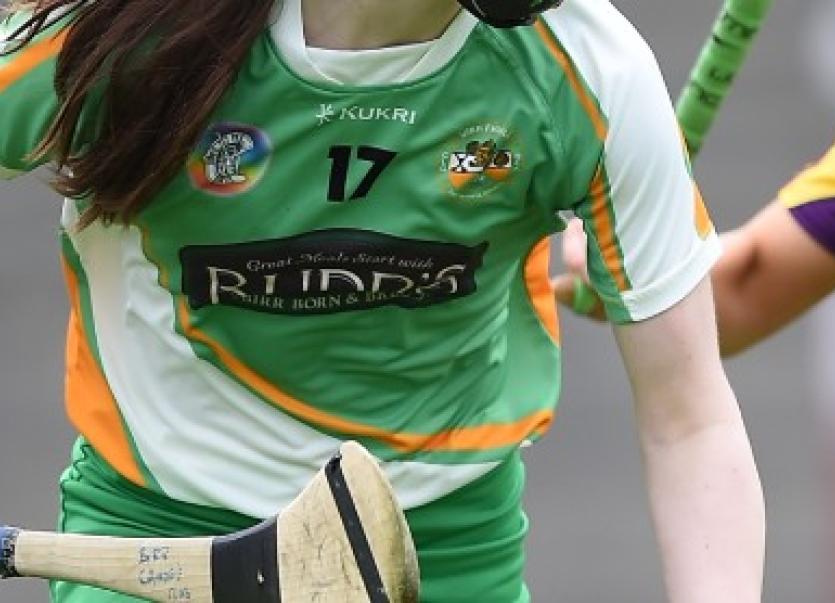 There was a strong showing from Offaly camogie players

Offaly was well represented at the Ashbourne third level colleges weekend that took place recently as fourteen camogie players from across the county represented their colleges at the competition held at the GAA’s National Games Development Centre at the National Sports Campus in Abbotstown Dublin.

In the Fr. Meaghair Cup, Dierdre Cashen (Birr), Kelly Sammon (Shinrone), and Serena Ryan (Shinrone) lined out for IT Tralee but were defeated by Athlone IT. On that AIT team was Carol Mahon (Kilcormac/Killoughey), Shannon Toughey (Tullamore), and Siobhan Killeen (St.Cillian's). AIT reached the final but were defeated by DCU St.Pats. St.Cillians' Rachel Brennan was also involved with LIT however they did not travel to the competition.

Elsewhere, in the Purcell Cup, St.Rynagh's Aoife McLoughlin was a member of the losing IT Carlow side that were defeated by eventual winners DIT. Ciara Maloney (Birr) and Sarah Walsh (Tullamore) were members of the losing Maynooth University team that lost the Purcell final to DIT.

In the Ashbourne competition, Aisling Brennan (St. Cillian’s) and Una Kilmartin (Kilcormac/Killoughey) were both on the losing side of Saturday's semi-finals. There was some joy for the faithful however in the Ashbourne final as Shinrone's Grainne Egan and Tullamore's Lisa Gorman were members of the winning University Limerick team that defeated UCC on Sunday afternoon.