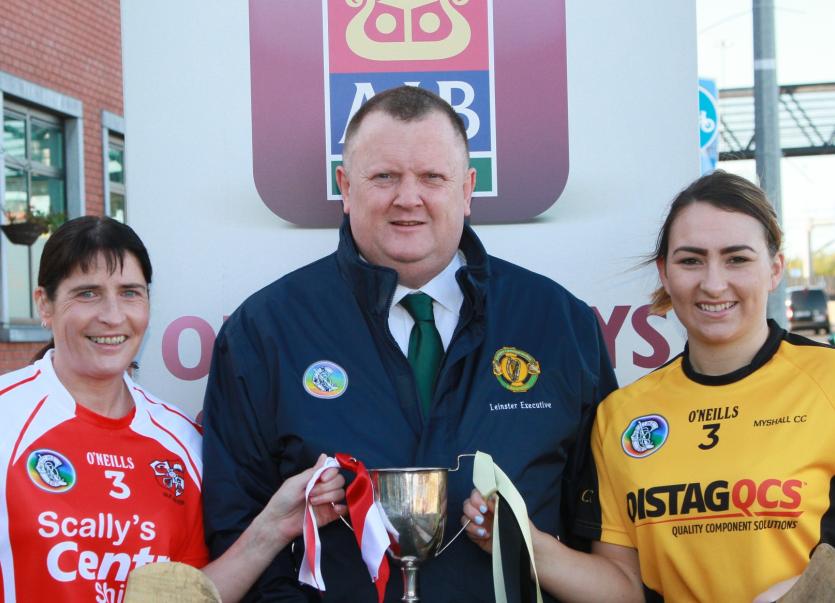 They say that the club is all about 'family' and Shinrone and Myshall typify that statement as the two sides go head to head in the Leinster Intermediate Camogie Final this Sunday.

Get your head around this for starters, formed in 1980, the Shinrone squad – can boast of a Mother and two daughters. In goal is Fiona McLeish (club secretary in her spare time) and among those protecting Mammy’s goal is Leona at corner back. Kerry is at the other end of the field at full-forward.  To complete this particular set of family ties, Fiona’s sister Michelle Davis is corner forward while Michelle also has another niece, Kayleigh Meade, in the squad.

The relationships spill over into the management. Sarah Cleary’s dad Martin is a selector and she is a cousin of Christine and Laura Cleary while Club Chairman Robbie Bergin is the proud dad of Kate, the youngest member of the panel. Topping the relationships off are the Gleeson sisters, Maeve and Oonagh.

Myshall are not short in this department either with three pairs of sisters lining out for the Barrowsiders, Kate and Breege Nolan; Michelle and Leanne Nolan and Niamh and Ciara Quirke.  Myshall also report a 26 years gap between the oldest and youngest member of the squad.

They have won a massive 17 Carlow senior championships in a row and will be hoping to make it 18 next year to celebrate in style the 40th anniversary of their foundation.

It has been a great lead-in to the final for Ciara Quirke who was named in the Junior Soaring Stars Team for 2016 last Saturday night in the City West Hotel.   Myshall are no strangers to these awards as Ciara's teammate Kate Nolan won the Players’ Player of the Year Award last year.

Shinrone also can boast All-Stars, the first Offaly award recipient in fact, and arguably the Faithful county’s greatest camogie player,  Michaela Morkan who was honoured in 2008.

Both clubs have enjoyed Leinster club success with Myshall going on to win Junior All-Ireland titles in 2012 and 2013.

It's been a great year for both counties with Carlow claiming the Premier Junior All-Ireland title and Offaly winning their first Leinster Minor A crown.  On Sunday, more records will be set in the illustrious history of these great camogie clubs.