Rhode return to the top of the pile in Offaly

27th title ties Tullamore at top of Roll of Honour 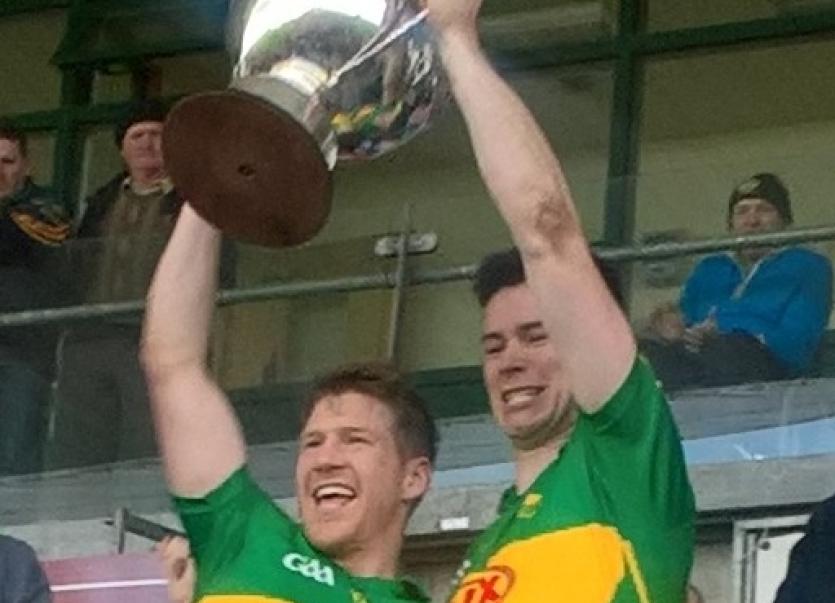 Rhode returned to the top of the pile in the Offaly Senior Football Championship with a comfortable win over a resilient Ferbane in O'Connor Park on Sunday by 1-14 to 0-9.

Rhode, who have won the championship in every even numbered year since 2006, dominated the first half and were 1-9 to 0-3 ahead at the break with Paul McPadden getting the goal.

Rhode maintained their lead up to the final ten minutes and while Ferbane finished strongly scoring the last three points, they were only consolation scores as Rhode once again were crowned Offaly Senior Football Champions. That brings their total to 27, level with Tullamore at the top of the Roll of Honour.

It was Ferbane's first appearance in the Senior Final since 1997 and they were caught cold by their more experienced opponents who led by 0-5 to 0-1 after the first quarter.

Man of the match Niall McNamee got Rhode off to the perfect start after 15 seconds and that was the first of six points he would kick on the day. He hit three in the opening quarter with Stephen Hannon and Conor McNamee hitting the other points.
There was no let up from Rhode as a goal from Paul McPadden put them eight points clear after just 17 minutes.

They added four points before the break with Shane Nally and Joseph Maher hitting points for Ferbane who trailed 1-9 to 0-3 at the interval.

The onslaught continued after the break. Kevin Nugent scored Ferbane's first point from play but Niall McNamee, Anton Sullivan and Ruairi McNamee all pointed for Rhode to leave them 1-12 to 0-4 clear after 39 minutes.

Shane Nally hit three of the next four points fro Ferbane to reduce the gap and after Anton Sullivan pointed to bring Rhode's total to 1-14, Aaron McDonagh and Shane Nally hit further points for Ferbane that put a bit more respectability on the scoreline.

However it was very much Rhode's day as they returned to the top of the pile in the Offaly Senior Football Championship.