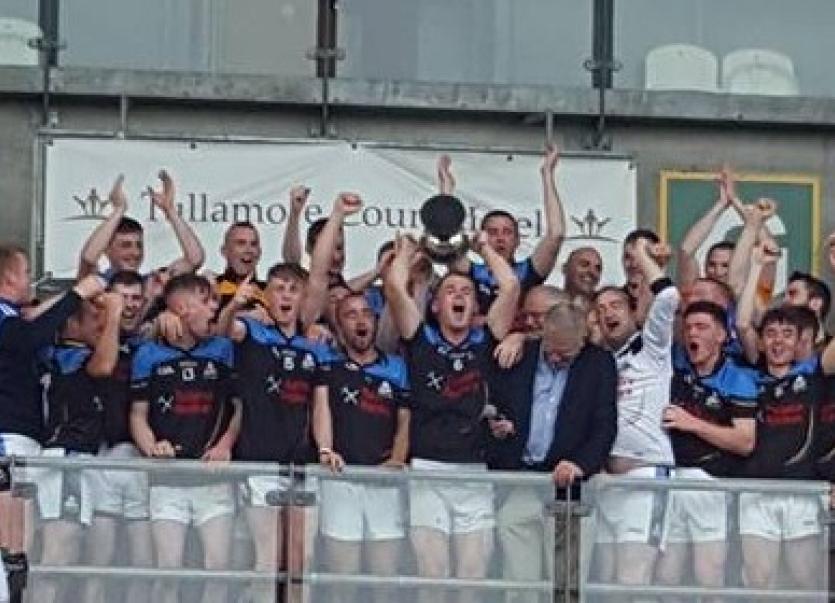 In front of almost 2,000 spectators in Offaly GAA headquarters, Clodiagh Gaels trailed by a point at the break at 1-7 to 0-9 but they turned on the style in the second-half outscoring their opponents by 1-12 to 0-2 to claim the title after just two years of the fledgling amalgamation.

Clodiagh Gaels started quickly and were 0-3 to 0-1 ahead after six minutes. They held the two point advantage to the midway point of the half and seemed to be in further control when Carrig and Riverstown were reduced to 14 men when Ryan O'Meara was shown a red card.

However Carrig and Riverstown rallied with Conor Freeman slotting over points and Michael Kennedy adding a goal to put the 14 men a point in front at the break.

However that was as good as it got for Carrig and Riverstown as experienced manager Damien Fox settled his Clodiagh Gaels side at the break and dominated the second 30 minutes.

Dwayne Dunne and Conor Gleeson edged Clodiagh Gaels in front and they pushed on from there.

After another Dwayne Dunne point, Clom Gleeson struck a goal that put five points between the sides.

Conor Freeman and Liam Langton exchanged two points apiece as 14 man Carrig and Riverstown bravely tried to hold on to Clodiagh Gaels tail but they couldn't keep in touch in the final quarter as the eventual winners romped home.

Liam Langton brought his total to 12 with four more points with Dwayne Dunne hitting a brace and Nigel Cunningham also getting in on the scoring to seal an historic win for the side formed in February 2015 when Killeigh and Killurin amalgamated.