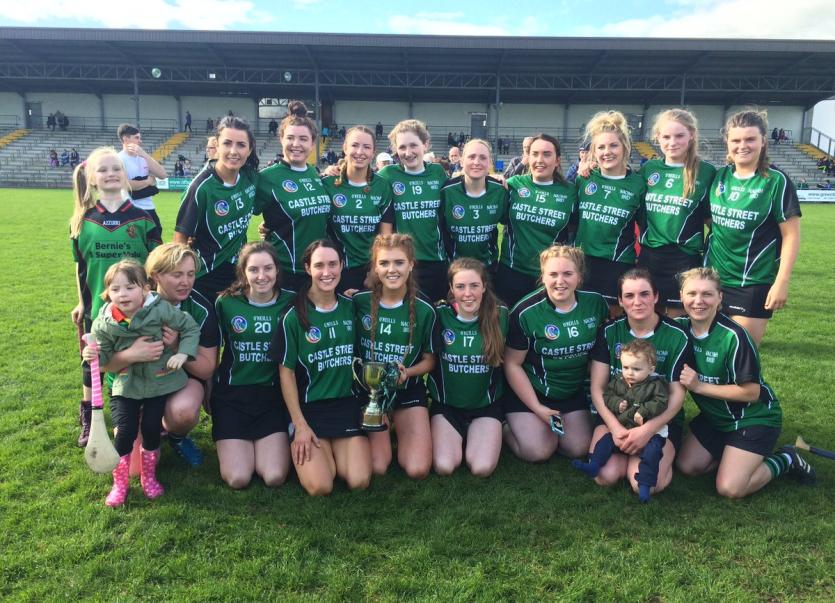 Trailing by 0-7 to 1-3 at the break, Naomh Brid piled on the scores in the second-half led by Tina Hannon.

There was little to chose between the sides in the first-half with Naomh Brid leading midway through the half by 1-1 to 0-3 thanks to a goal from Amy Dooley.

St Sinchill's kept the scoreboard ticking over with points and they held the narrowest of leads at the break.

Scores were at a premium early in the second-half with Naomh Brid scoring the only point to draw them level after 40 minutes but after that it was all one way traffic.

After they edged in front with two points, Tina Hannon launched Naomh Brid into the lead with a goal from distance. Another goal followed from Niamh Walsh to put the eventual winners 3-8 to 0-7 ahead with ten minutes to go.

Chloe Kelly hit St Sinchill's only score of the half late on when she found the net but it was quickly cancelled out by Amy Ryan as Naomh Brid stormed to victory by 4-11 to 1-7.