All systems go for Tullamore Quinlan Cup Half Marathon 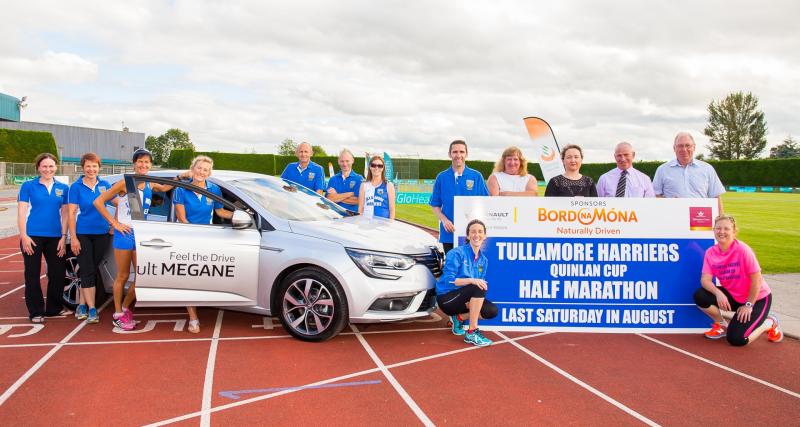 Now a firmly established fixture on the Irish running calendar, the annual Tullamore Half Marathon will take place this year on Saturday, August 27.

Organised by the Tullamore Harriers, the event has grown steadily in numbers since first taking place in 2013 and already close to 400 people have signed up for it, which is unprecedented at this early stage.

It is expected that close on 1,000 from all over the country will take part on a fair but testing course that takes runners from the Charleville Road out to Mucklagh, down the Ross Road to Ballincanty Cross and back into Tullamore via Killurin, where they will finish with a lap of the Harriers' famous running track.

The course includes some rolling hills and it is neither a hilly or a flat half marathon but the course is conducive to fast times.

Parking and shower facilities are available with a bag drop at the Tullamore Harriers stadium and there is generous individual prizes while the team winner will be presented with the Quinlan Cup.

The race has been awarded a five star European Athletics certificate and there will be three music/supporters zones along with lots of other local support on the route.

There are four water stops while participants will receive a finishing medal and a technical t-shirt. There is chip timing and there is also a relay option, which includes a shuttle bus to and from the exchange point.

The race starts at 11.00am and entries can be made on www: tullamoreharriers.com. Entry fee is €30.