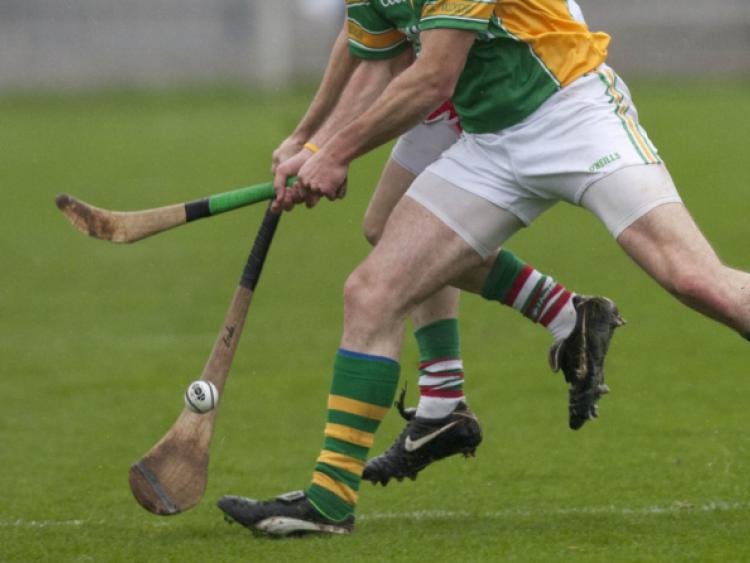 Kilcormac/Killoughey kept firmly on course for a defence of their Offaly Senior Hurling title with a 12 point win over Brosna Gaels at the weekend.

Kilcormac/Killoughey kept firmly on course for a defence of their Offaly Senior Hurling title with a 12 point win over Brosna Gaels at the weekend.

By half-time they led by double scores at 2-10 to 1-5 and they pulled away to win with comfortably in the second-half to maintain top spot in the Group. With a round to go they cannot be overhauled and will face the fourth placed team in Group 2 in the quarter-final.

Also in Group 1 Seir Kieran are on the cusp of a quarter-final place after a 5-17 to 1-9 win over Tullamore. The result sees Seir Kieran leapfrog Tullamore in the table and also greatly improve their score difference which could yet prove crucial in determining the final places in the group.

By half-time they were 3-6 to 0-5 ahead and despite a goal from Shane Dooley in the second-half, Seir Kieran were never threatened as they piled on another 2-11 in the second-half to round out an impressive win.

Birr’s game with Drumcullen was postponed and will go ahead this coming Friday evening. As it stands Kilcormac/Killoughey will top the group with Birr, Seir Kieran and Tullamore all locked together on four points behind them with Birr having a game in hand.

Brosna Gaels currently have two points with a game against Birr to come which they must win to have any chance of reaching the quarter-finals. Basement side Drumcullen have games against Birr and Seir Kieran and two wins in those games could also see them reach the knock-out stages.

Group 2 is far more clear cut with the four quarter-finalists and the two sides destined for the relegation play-off already decided.  Kinnitty and Lusmagh will be battling against the drop in the coming weeks after they lost to Coolderry and Shinrone respectively while St Rynagh’s, Coolderry, Belmont and Shinrone will all continue on the road towards what they hope will be a Senior Hurling title.

The result of the weekend was certainly Belmont’s as they upset the odds to secure a 0-20 to 0-12 win over table toppers St Rynagh’s. It was nip and tuck in the first-half with Belmont going to the break with a narrow 0-9 to 0-7 lead but they eased away in the second-half to record an emphatic win against last year’s beaten finalists. Unbeaten coming into the game, St Rynagh’s still top the group but all three teams behind them could potentially overhaul them in the final round of games.

Coolderry remained in second place with a 0-19 to 1-13 win over Kinnitty. Coolderry were ahead by three at the break at 0-10 to 0-7 and they held that advantage at the final whistle to secure a quarter-final spot and condemn Kinnitty to the lottery of the relegation play-offs.

Lusmagh will also be in the relegation play-offs after a heavy 5-19 to 0-16 defeat against Shinrone. Shinrone needed the win to secure a quarter-final spot and goals from Declan Cleary (2), Jason Sampson, Del Morkan and Donal Morkan guided them to a comprehensive win. Leading by 2-9 to 0-7 at half-time, Shinrone pushed on after the break and by the 44th minute held a 5-13 to 0-13 lead. There was no way back from there for Lusmagh and now last year’s Intermediate Champions will battle it out with Kinnitty and two sides to be decided from the other group to maintain that hard won Senior status