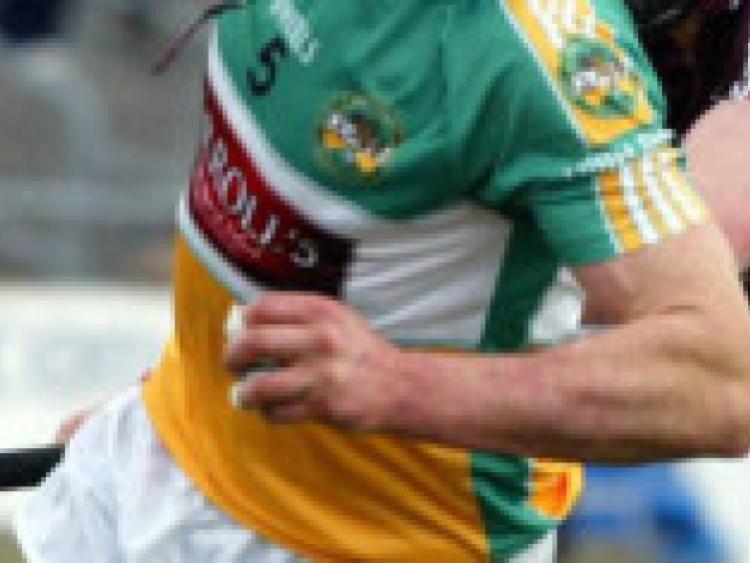 This weekend sees the resumption of the Molloy Environmental Systems Offaly Senior Hurling Championship with two games on Friday and four on Sunday.

This weekend sees the resumption of the Molloy Environmental Systems Offaly Senior Hurling Championship with two games on Friday and four on Sunday.

Friday night sees Birr and Seir Kieran go head to head in Shinrone in Group 1 in a very important game. Shinrone top the group after Round 1 thanks to their comprehensive win over Brosna Gaels in their opening game. Birr however are still looking for their first win after suffering a seven point defeat against defending champions Kilcormac/Killoughey their first time out.

A win for Seir Kieran would leave them in pole position in the group while Birr would be out of the running for one of the top spots in the group.

Clara is the venue, also on Friday evening at 7.30pm, for the meeting of Tullamore and Brosna Gaels. Tullamore made a winning start against Drumcullen while Brosna Gaels suffered a defeat at the hands of Seir Kieran. Tullamore will go into the game as favourites however it should be a close game with Brosna Gaels looking to record their first points of the campagin.

Also in Group 1 on Sunday evening in Birr, neighbours Kilcormac/Killoughey and Drumcullen go head to head. Defending champions Kilcormac/Killoughey will be favourites to maintain their 100% record while Drumcullen, who lost their opener to Tullamore, will need to be right on top of their game and hope the champions have an off day if they are to record their first win.

All three games in Group 2 take place on Sunday with the first pitting Belmont and Kinntty against each other at 12pm in Banagaher. Kinnitty come into the game with a win over Lusmagh under their belts and another win on Sunday would leave them in pole position for a quarter-final place. Belmont lost out to Coolderry in their first game and if they are to avoid being cast adrift at the foot of the table, they need to bounce back with a win. They have been showing great form in the league and they will be hoping to bring that form to the championship on Sunday.

Neighbours Lusmagh and St Rynagh’s meet in Moystown at 6pm with last year’s beaten finalists St Rynagh’s looking to build on their opening round win over Shinrone. Lusmagh, newly promoted from the Intermediate ranks, lost to Kinnitty in their opening game and would be hoping to get something out of the game to kick start their campaign.

The final game of the weekend pits Shinrone and Coolderry against each other at 7.30pm in Birr. All Ireland club finalists after their championship win in 2011, Coolderry exited the championship at the quarter-final stage last year. Shinrone come into the game looking to kick start their campaign after a loss to St Rynagh’s. If they lose again on Sunday, they will face an uphill battle to finish any higher than fourth in the group.