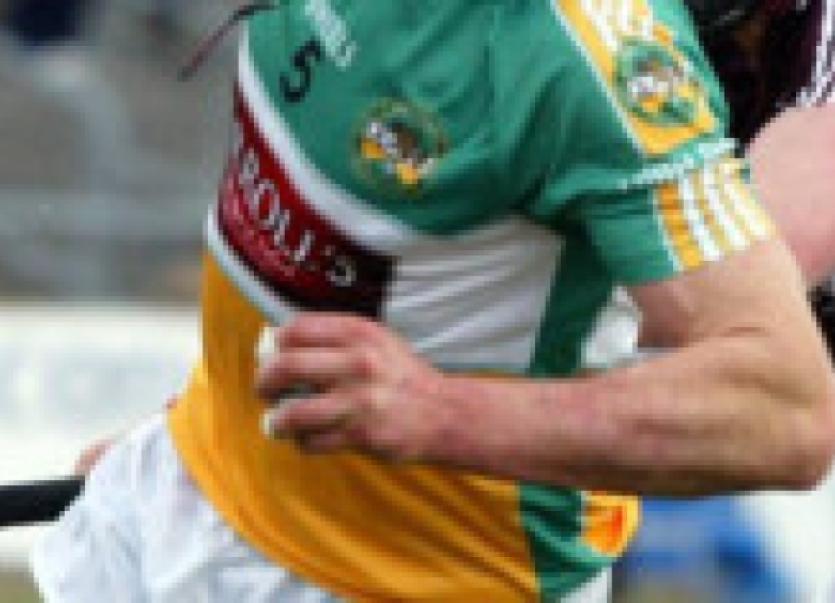 Last year’s finalists Kilcormac/Killoughey and St Rynagh’s could be on course to meet again in the decider this year after both sides maintained their 100% records last weekend.

Last year’s finalists Kilcormac/Killoughey and St Rynagh’s could be on course to meet again in the decider this year after both sides maintained their 100% records last weekend.

Defending champions Kilcormac/Killoughey continued to plough through Group 1 of the Molloy Environmental Systems Offaly Senior Hurling Championship with an 18 point demolition of Seir Kieran at the weekend.

They only held a slender lead at half-time at 1-9 to 0-8 but as they did against Drumcullen in their previous game, the double Ks eased clear after half-time with goals from Ciaran Slevin and Trevor Fletcher helping them to a 3-21 to 0-12 win. That leaves Kilcormac/Killoughey top of the group with three wins from three games.

Birr have moved up to second place in the table after a 0-18 to 0-9 win over Tullamore. Having lost their opening game, Birr have bounced back well and they leapfrog Tullamore in the table with this victory.

At the end of a low scoring first-half, Birr were ahead by 0-7 to 0-4 but they gradually pulled away after half-time to seal the win. Tullamore remain in third in the table and are still well position for a quarter-final place.

The third game in Group 1 was between the two sides who came into the weekend without a point and it was Brosna Gaels who emerged victorious against Drumcullen to ease their relegation fears and put them back in the hunt for a quarter-final place.

Both sides missed a penalty in the first-half but it was Brosna Gaels who went to the break leading by 1-8 to 0-6. They never relented in the second-half adding another 1-8 to their total to record a 2-16 to 0-13 win. Drumcullen meanwhile go into their last two games needing at least one win and probably more to have any chance of avoiding the relegation play-off.

In Group 2, last year’s finalists St Rynagh’s jumped to the top of the table with their third straight win this time in dramatic fashion over Coolderry. Having led by 1-3 to 0-3 early in the game, St Rynagh’s found themselves behind at half-time as Coolderry came storming back to lead 1-8 to 1-5. It was nip and tuck all the way in the second-half with little to chose between the sides until a late Ger Rafferty goal blasted St Rynagh’s into the lead and they held on to win by 2-14 to 1-16.

Belmont have moved into third place in Group 2 after a hard-fought 1-14 to 2-11 draw with Lusmagh. Belmont were ahead by 1-7 to 0-4 at the break but Lusmagh came storming back and two goals in quick succession put them into a 2-10 to 1-9 lead. Belmont rallied however scoring five of the last six points to snatch a draw.

In the third game in the group, Shinrone got off the mark with a 1-16 to 2-8 win over Kinnitty. The result leaves both sides on two points just one ahead of bottom side Lusmagh.