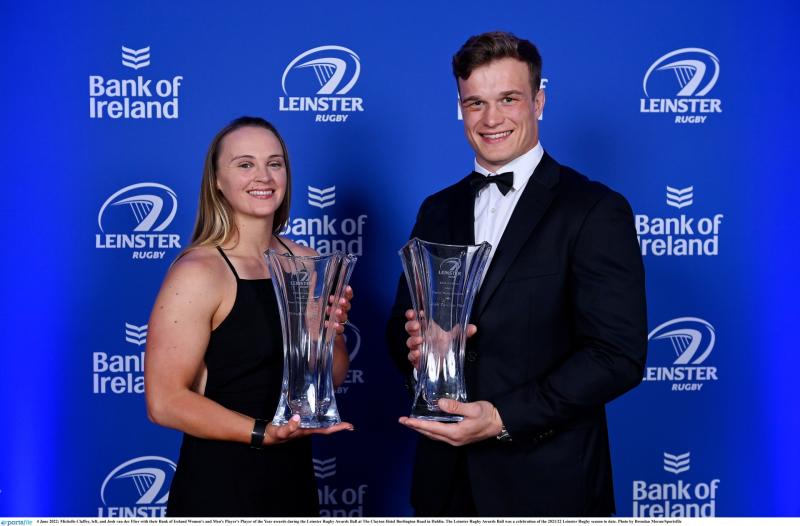 Offaly's own Michelle Claffey was recognised by her fellow Leinster players on Saturday night at the province's Awards Ball at The Clayton Hotel Burlington Road in Dublin.

Leinster players past and present celebrated the 2021/22 season to date and to say a fond farewell to a number of players who have contributed much to the success of Leinster over the years.

Leinster Rugby’s incoming President Debbie Carty opened proceedings and from there over 500 guests were in the company of Master of Ceremonies Michael Corcoran.

Josh van der Flier and Offaly's Michelle Claffey were the big winners on the night as they won their respective Bank of Ireland Players’ Player of the Year awards, while Dan Sheehan and Ella Roberts won the LAYA Healthcare Young Player of the Year Awards.

Claffey had a rollercoaster week after announcing her retirement from international rugby with Ireland on May 31.

Ireland, you've been incredible. Thank you for the memories, the laughs, the highs, but not so much the lows
Representing your country is an amazing privilege and honour, and I loved the experience. Thank you to all the people who made it what it was
☘️#OverAndOut #IrishRugby pic.twitter.com/sVSzUpL858 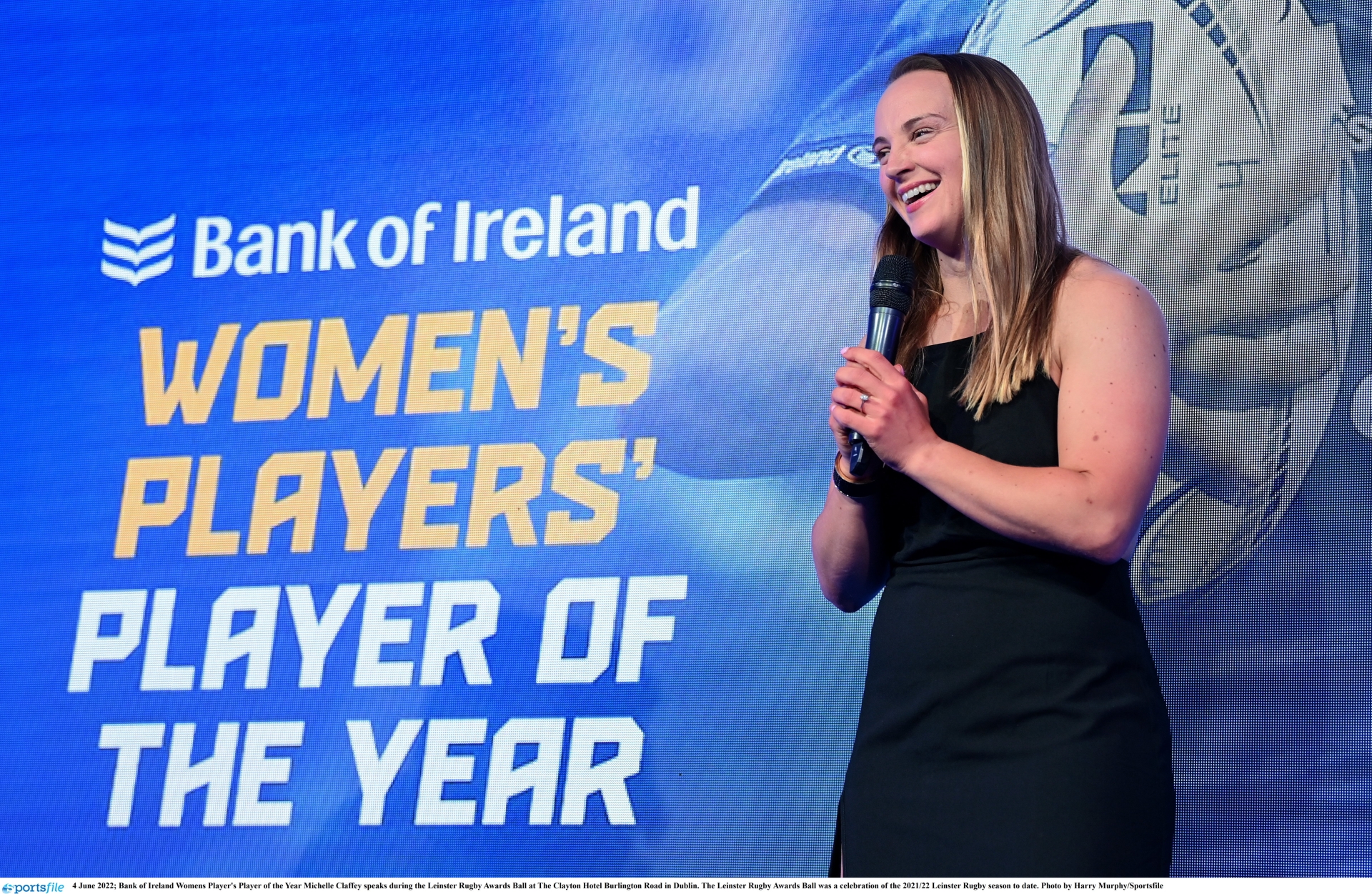 There was also time to look back on the careers and the contributions of those that would not be staying with Leinster Rugby beyond this season.

Birr man Peter Dooley, as well as Seán Cronin, Dan Leavy, Devin Toner Rory O’Loughlin, Conor O’Brien, Jack Dunne, Adam Byrne, Josh Murphy and David Hawkshaw were all celebrated for all they had achieved with Leinster Rugby over the years. Dooley will move to Ulster next season after more than 100 caps with Leinster.

There were also special recognition awards to two loyal servants of Leinster Rugby, UCD RFC’s Ray Ryan who served as Treasurer of the Leinster Rugby Branch for over 15 years, and for Bective Rangers’ Johnny O’Hagan, who served as Kitman for over 30 years with the senior team.

Leinster Rugby CEO, Mick Dawson, who retires at the end of the season was also celebrated in front of his family and friends for over 20 years at the helm. 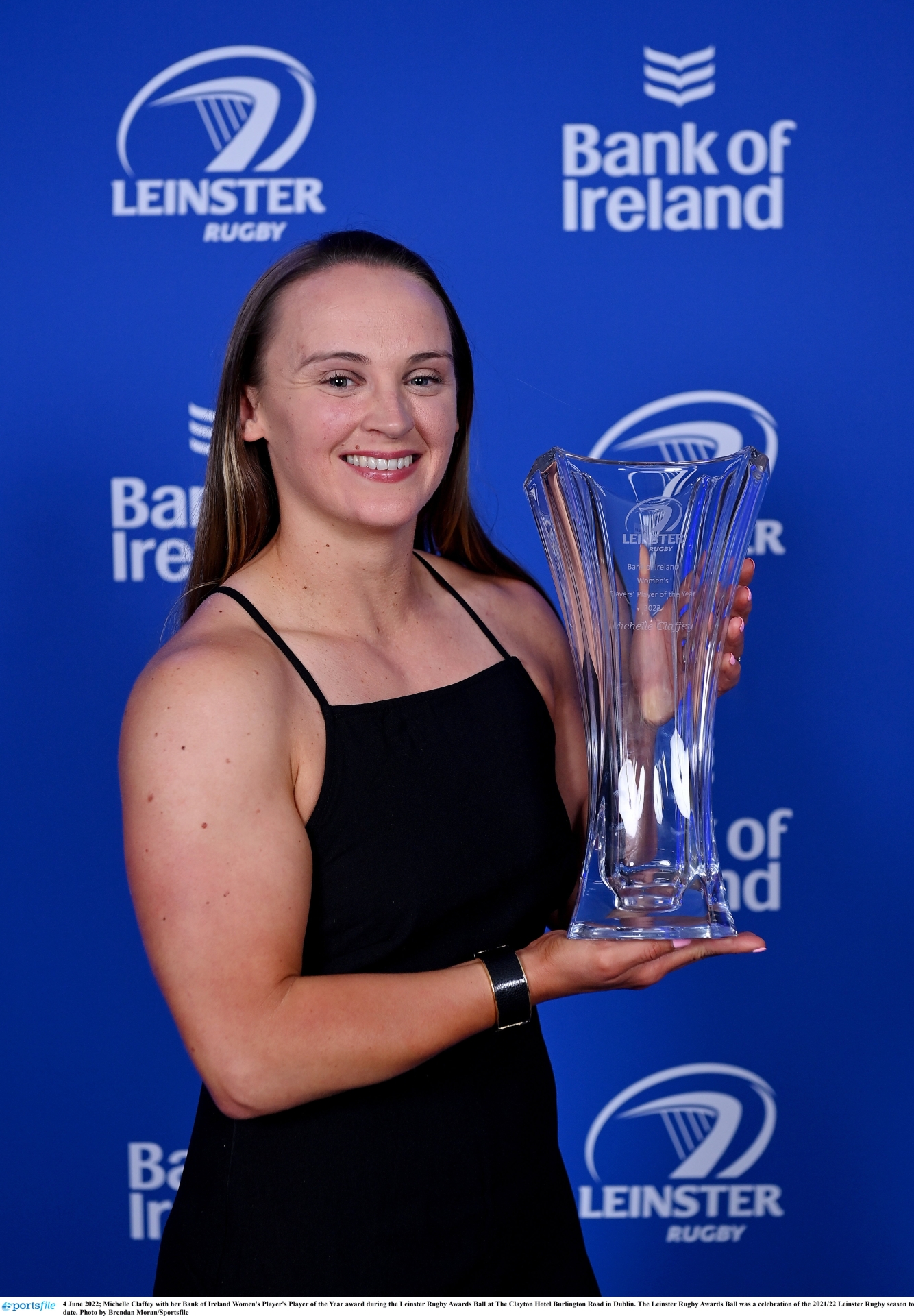