Contents of stunning 18th century home to go up for auction 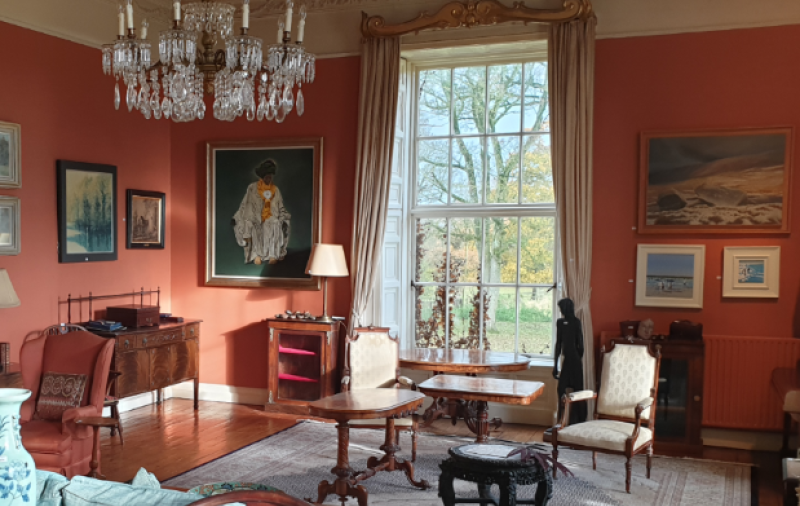 Contents of stunning 18th century home to go up for auction

Sean Eacrett auctioneers will auction the contents of Downings House in Kildare on December 3.

It will take place at 12noon in the drawing room of Downings House, capacity 100 people.

Bids can also be made online at www.seaneacrettantiques.ie.

Downings House, Prosperous, the residence of Dr Andrew Rynne, is a house with a Reeling In The Years history. It took a maverick like Dr Andrew Rynne to challenge the Irish status quo in the late 70s and 80s.

From being the first Irish doctor to perform a vasectomy to challenging Charles Haughey’s ‘Irish Solution to an Irish Problem’ contraceptive prescription law in the courts, to hosting the early recordings of Planxty and Christy Moore, Dr Rynne’s life plays like a cracking episode of Reeling In The Years.

And it was Downings House of Prosperous County Kildare that was the setting for such social revolution. Now, Downings has been sold along with Clane Hospital and Dr Rynne is putting the contents up for auction on December 3 next.

A son of authors Stephen and Alice Rynne, the doctor has the cutting edge reputation of being the first person in Ireland to perform a vasectomy in 1974.

Not only that but Doctor Rynne was the man who took Charles Haughey’s government to court over the 1979 law to allow contraception by prescription or ‘an Irish solution to an Irish problem’ as it was then called by the Taoiseach.

“I was fined £50 by the court in Naas recalls Doctor Rynne, “but the point was made."

As well as the Rynne residence, Downings House is well known in traditional music circles as the place where Christy Moore recorded his album “Prosperous.”

The album was recorded in the soundproof vault room underneath the house. During the recording sessions, musicians such as Andy Irvine (mandolin, mouth organ), Liam Óg O'Flynn (uilleann pipes, tin whistle) and Dónal Lunny (guitar, bouzouki). These four musicians later gave themselves the name Planxty, making this album something of the first Planxty album in all but name. Other musicians included Kevin Conneff (later of The Chieftains) on bodhrán, Clive Collins on fiddle, and Dave Bland on concertina.

The album takes its name from the house and town of Prosperous, County Kildare, where it was recorded by producer Bill Leader in the summer of 1971. Planxty, one the country’s greatest folk groups, were officially formed with that lineup, in January 1972.

Highlights of the 600 lots in the Downings House Contents auction on December 3 next include:

Two oils by Trevor Geoghegan, of County Wicklow and Poulaphouca est. at €2000-3000 each

A nineteenth century oil of unknown provenance in the style of a sixteenth century painting with a remarkable hand-carved gilt frame. Est €3000-5000

The history of Downings House is a colourful one. The Queen Anne House was burnt down in the rising of 1798. Henry Stamer, magistrate for Kildare lived there, where he was discovered dressed as a maid by the mob, who took him away and murdered him.

Grattan Parliament paid for the rebuilding of Downings House. The new house had moat and security systems and that sound proof room that Christy Moore and the future members of Planxty put to good use.