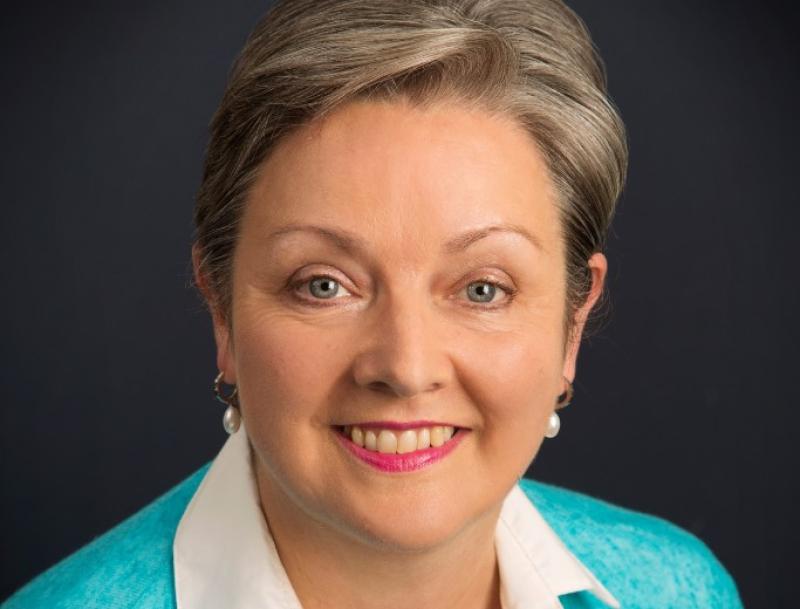 Offaly Fine Gael TD Marcella Corcoran Kennedy has said Offaly will benefit from "the significant progress made to date in advancing the construction pipeline," as well as social housing delivery targets set for local authorities for 2018-2021.

“The significant expansion of the social housing build programme is evident in the Q4 2017 Construction Status report published by the Department of Housing," Marcella said.

Deputy Corcoran Kennedy said: “In 2017 we saw 516 social housing solutions delivered here in Offaly. This includes 459 delivered through the Housing Assistance Payment and Rental Accommodation Schemes and 57 houses built, acquired and leased by the local authority.

“One of the key outcomes of the second Housing Summit with local authority Chief Executives held earlier this year was a commitment to drive greater transparency and accountability at individual local authority level on the delivery of the targets under Rebuilding Ireland," Marcella continued.

“In the latter part of 2017, Minister Murphy secured significant additional funding to increase the overall level of ambition under Rebuilding Ireland in the period to 2021, and also signalled a rebalancing of the strands of delivery towards construction projects.

Housing Minister Eoghan Murphy said: “The building of new social housing homes by local authorities and approved housing bodies is ramping up dramatically as we can see in this construction report. These numbers don’t include new builds under Part V, voids, acquisitions or long term leases so the actual stock of new social housing coming on stream is even greater than this."

“Under the targets I have announced, a minimum of 40,700 homes will be delivered during the 4 year period to end-2021, including over 7,800 this year alone," Minister Murphy said.

“Taking account of the progress already made in 2016 and 2017, this will ensure that the 50,000 target will be met, signalling this Government’s unwavering commitment to a significantly expanded social housing programme," he claimed.