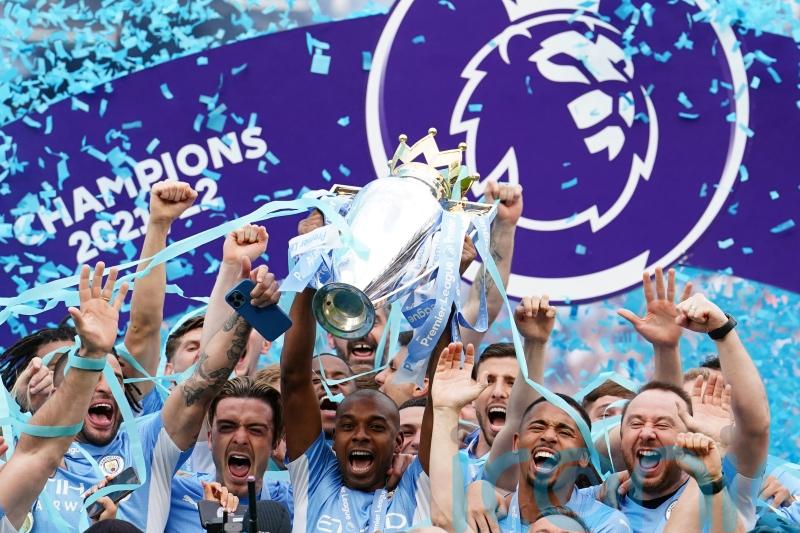 Premier League champions Manchester City will begin the defence of their title at West Ham in the final match of the opening weekend’s fixtures.

Premier League champions Manchester City will begin the defence of their title at West Ham in the final match of the opening weekend’s fixtures.

Pep Guardiola’s side will start their bid for a fifth championship in six seasons at the London Stadium at 4.30pm on Sunday August 7, after all their rivals have begun their campaigns.

Main rivals Liverpool go to Fulham in the Saturday lunchtime match, which pitches the Reds’ new signing Fabio Carvalho against his old club first up. 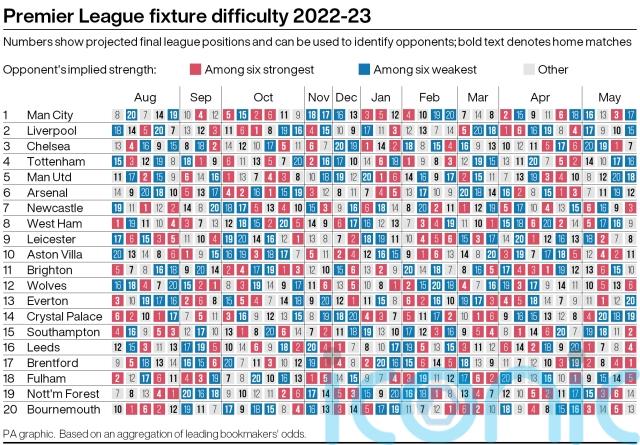 Old Trafford gets to see new Manchester United manager Erik ten Hag first as the Dutchman opens his maiden season in England at home to Brighton on the Sunday.

Frank Lampard, who guided Everton to safety with one match to spare last month, comes up against his former employers Chelsea in the Saturday evening kick-off.

Nottingham Forest’s first match in the top-flight in 23 years will be against Newcastle at St James’ Park.

Promoted Bournemouth, who do not face a team outside last season’s top 12 in their opening five fixture, host Aston Villa first game back before taking on City, Arsenal and Liverpool in consecutive matches.

For the second season running Arsenal have the honour of kicking-off the new campaign with a short trip to Crystal Palace on Friday August 5, when manager Mikel Arteta will hope to avoid last season’s chastening experience of a 2-0 defeat at newcomers Brentford.

Palace look like having one of the toughest starts of any club as after the Gunners they go to Anfield, host Aston Villa and then head to Manchester City.

Liverpool and City renew their rivalry at Anfield on October 15 – after a midweek Champions League tie – with the return fixture scheduled for April 1.

Reds boss Jurgen Klopp is unlikely to be impressed with their fixture allocation in conjunction with their European commitments. 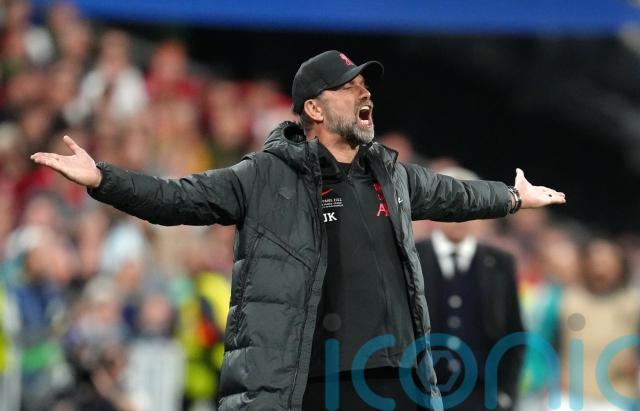 In addition to their trip to Anfield, City’s post-European away trips are Wolves (September 17) and Leicester (October 29), while they host Spurs on September 6.

The final weekend before the mid-season break for the World Cup in Qatar sees all the traditional ‘Big Six’ kept apart, however, with the most high-profile fixtures being Chelsea’s trip to Newcastle and Tottenham hosting Leeds.

When the campaign resumes on Boxing Day Leeds host City and United welcome Forest, with Newcastle fans faced with the longest journey of the day as they have a 376-mile round trip to Leicester. 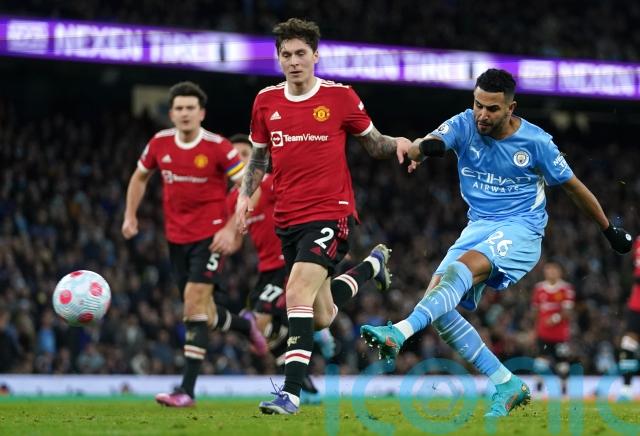 The Manchester derbies take place on October 1 (at the Etihad) and January 14 (Old Trafford), while for a third year in a row Everton host the first Merseyside derby of the season on September 3 with the return on February 11.

Arsenal host the first north London derby on October 1, with Tottenham’s home game against the Gunners on January 14.

The final weekend of the season sees City head to Brentford, Liverpool away at Southampton, Tottenham visit Leeds and Chelsea host Newcastle.

All three promoted sides are away on the final day with Forest at Palace, Bournemouth at Everton – the ground where they were relegated to the Championship in 2020 despite a 3-1 victory – and Fulham travelling to Old Trafford.