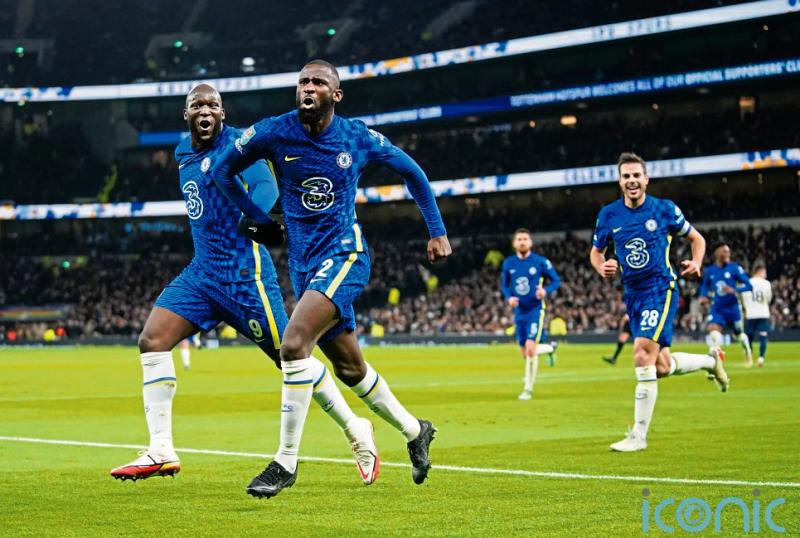 Chelsea booked their place in the Carabao Cup final with a 3-0 semi-final aggregate win over Tottenham, whose hopes of a comeback were denied by VAR misery.

Thomas Tuchel’s men did half the job in last week’s first leg at Stamford Bridge when they won 2-0 and Antonio Rudiger’s first-half goal in north London settled matters, setting up a Wembley date against either Liverpool or Arsenal next month.

They will get a chance to claim a sixth League Cup and give Tuchel the opportunity of winning a third trophy in just over 14 months in the job.

Spurs were well beaten over the course of the two games, but it could have been different had technology not ruled against them on three occasions in the second leg.

Referee Andre Marriner twice awarded penalties that were overturned while Harry Kane had a goal ruled out for offside as they missed out on a second successive appearance in the final.

The damage was done in last week’s first leg, where boss Antonio Conte was left complaining about a team that was “in the middle”.

The size of Spurs’ task in trying to recover was highlighted by the fact that no team had reached the League Cup final having lost the semi-final first leg by more than one goal since Aston Villa did it in 1994.

They started brightly as they looked to make inroads to their deficit, but Chelsea soon wrestled control and put themselves in an even more comfortable position.

Pierluigi Gollini, surprisingly selected in place of club captain Hugo Lloris, started well as he made a good save to deny Romelu Lukaku with his feet, but his evening soon took a turn for the worse in the 18th minute.

The Italian was culpable for Chelsea’s opener as he came out to punch a Mason Mount corner but got nowhere near it and the ball hit Rudiger and went into an empty net.

He went some way to atoning for that error when he made a smart stop to deny Callum Hudson-Odoi, but the damage had been done.

Spurs were in danger of being blown away, but for the first time in the whole tie began to put up a fight.

They thought they had a route back into the game in the 40th minute as they were awarded a penalty after Hojbjerg had been chopped down by Rudiger.

However, VAR ruled that the first contact occurred outside the area and the decision was changed to a free-kick on the edge of the area, which was missed by Giovani Lo Celso.

That felt an important moment as Spurs needed something to take into the second half.

It was Deja vu 10 minutes into the second period as Spurs had another penalty taken away by VAR.

Marriner was well behind play when he pointed to the spot after Lucas Moura went down under a challenge from Kepa Arrizabalaga.

But replays showed the goalkeeper won the ball and the referee had to change his decision again after checking the pitchside monitor.

Hojbjerg won the ball back high after a bad Kepa pass, but the England captain was marginally offside when he shot into an empty net.

That ended any chance Spurs had and they were unable to find a breakthrough.

There was a lengthy delay at the end due to a medical emergency in the crowd, but that could not dampen Chelsea’s celebrations.