All the greyhound news from around the Midlands

Gone to the dogs 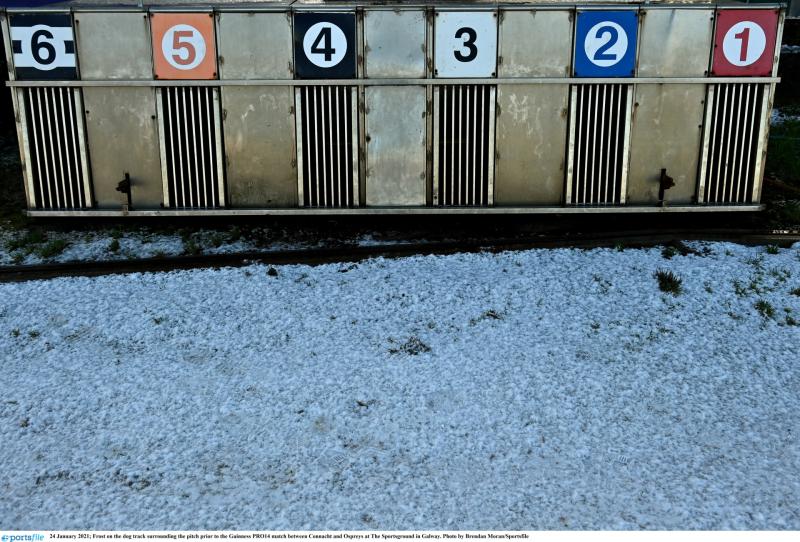 The big build up has begun for the Boylesports Irish Derby. This week the country’s top dogs will be paraded in Shelbourne for the first round of what promises to be one of the most eagerly awaited derby in years. Explosive Boy is 10/1 favorite to win the competition however there are also some very generous prices to be had on some very talented dogs.

Thursday, in Newbridge, in the semi-finals of the Lodgefield Kennels A1 tri-distance stake, over 550 yard trip,  Tinnock Solis won the first in 30.01 (20 fast), by one length at 6/4, for local owner Michael Devereux. The second semi went to Airlie Noel for Clonard trainer Kevin Losty in a fast 29.79 (20 fast) by six lengths at 4/6. Thursday's final will be over the 575 distance.

Kilkenny hosted the quarter-finals of the Boylesports A3 bitch stake, four top class heats, with Benalmadena Roxy once again going fastest in 29.06 (30 slow) by seven lengths at 1/2 for Stephen Pennel. One Offaly winner, in the second quarterfinal, Muffin backed up last weeks win, when stopping the clock in 29.23 (30 slow), by a head at 5/4, for Edenderry owner/trainer David Hanlon.

In Clonmel, in the final of the Killsheelan Gallop A3 Guys And Dolls stake, Callmesteve (Out Of Range ASB - Adamant Reba) won  the €1.2k cheque for Graham Holland in 28.70 by five lengths.

In Shelbourne Park, on Friday, over €25k in prize money was given out across one big final and numerous smaller ones. In the final of the RCETS open unraced stake, Toolmaker Zipper (Droopys Sydney - Droopys Dance) showed a lot of class when winning in 28.53, by four lengths, at 5/4. Rathangan trainer Robert Gleeson was at the helm here and received a cheque for €10k. Wonder will this speedster be in the draw for the derby on Monday. In the final of the Michael Doyle Memorial A3 stake, Domingo Don (Droopys Cain- Lemon Zara) got the first prize of €2k for Nalin Monerawela in 29.14 by a head at a generous 10/1. Another final with €2k to the winner was D.G.O.B.A AAO stake, where Droopys Gloss (Coolavanny Jap- Droopys Talia) took the honours in 28.39, by a head at 5/1, for Kilkenny trainer Murt Leahy.

In Thurles, the final of their blue ribbon event of the year took place, the 2021 Centenary Agri Tipperary Cup. The €6.5k first prize went to Freedom Epic (Belles Direction- Jaytee Sahara), in 29.02 (20 slow), by one length with Kathleen Pomfret owning. In Limerick, in the final of the O’Connor Julian Vets Cashel A2 tri-distance over 600 yard trip. Newcastle Slaney (Good News- Slaneyside Cool) won the €4.2k pot for Liam Hayes in 32.43 by two lengths.

In Dundalk, in the semi-finals of the Bar One Racing Irish Sprint Cup, leading Offaly fancy, Brodys Magic had to withdraw before racing due to injury, leaving a weakened line up. Peter Cronin won both heats, Maybe Aye the first in 21.26 by six lengths and Ela Supremo the second in 21.00, also by six lengths.

Just the one meeting this week the matinee meeting in Mullingar four Offaly winners with all running much improved times. Our first winner was Ollys Edel for Banagher owner Mary Moran, in an A7 contest in 30.15, by two lengths at 3/1. Mary also had another winner as Ollys Rodick won an A6 contest in 29.60, by one length at 7/4. In an A5 race Weather Maker had his seventeenth career win in 29.75 by two lengths at 7/2 for Ballycommon owner Peter Raine. Our final winner of the week was in an A5 grade as Mollys Princess won in a decent 29.62 by two lengths at 9/2, once again for David Hanlon.

In the quarter-finals of the Boylesports A3 Bitch stake, in Kilkenny, Muffin won, for the second week in a row, for owner David Hanlon in 29.23 (30 slow) and is a worthy winner this week.

There were seven Offaly winners this week. Congratulations to all involved.