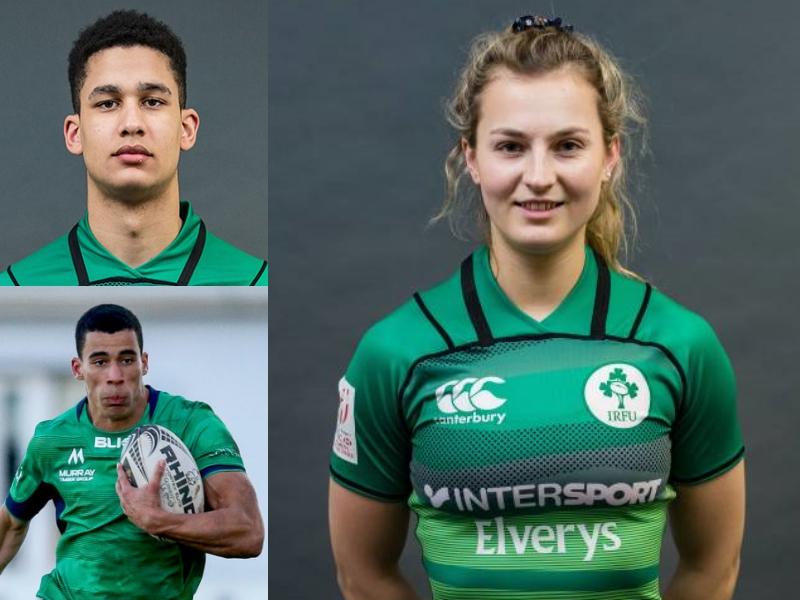 All three Offaly players who traveled with the Irish squads to the Rugby Europe Sevens Grand Prix Series in the Ukraine at the weekend as Ireland came home with bronze medals in the Women's and Men's competitions.

Tullamore's Megan Burns scored a crucial try for the women's team in a narrow 14-12 win over Spain as Ireland made it through to the third/fourth place play-off where they lost to Poland. However, over the series as a whole, Ireland's consistent finishes saw them finish third overall behind Russia and France.

In the men's competition, Tullamore's Cormac Izuchukwu got the first try in a 33-5 win over Poland while his fellow Tullamore man, Jordan Conroy, was once again in scintillating form.

Despite carrying a knock, Conroy scored a total of four tries as the Ireland men, like the women, finished fourth in the tournament. However like their counterparts, that was enough to secure Ireland a third place finish in the series behind Germany and France and the bronze medal.