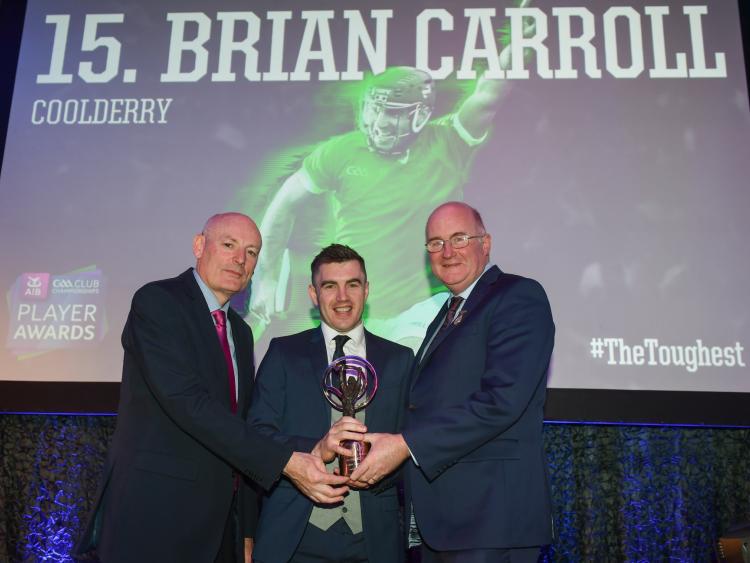 Offaly's Brian Carroll picked up his award for being named on the GAA's Club Team of the Year at a function in Croke Park on Saturday.

The Coolderry stalwart was named at corner-forward on the team made up predominantly by players from All-Ireland champions Ballyhale Shamrocks and Ballygunner.

Just five clubs were represented in total with Brian Carroll and Coolderry being the only Offaly inclusion.

Carroll was again to the fore as Coolderry collected another Offaly county title at the expense of Kilcormac-Killoughey. He then led his team to the semi-final stage where they lost out in an epic ten-goal thriller against Ballyboden St Endas.

They had overcome Mount Leinster Rangers at the quarter-final stage.

The club hurling team of the year is: